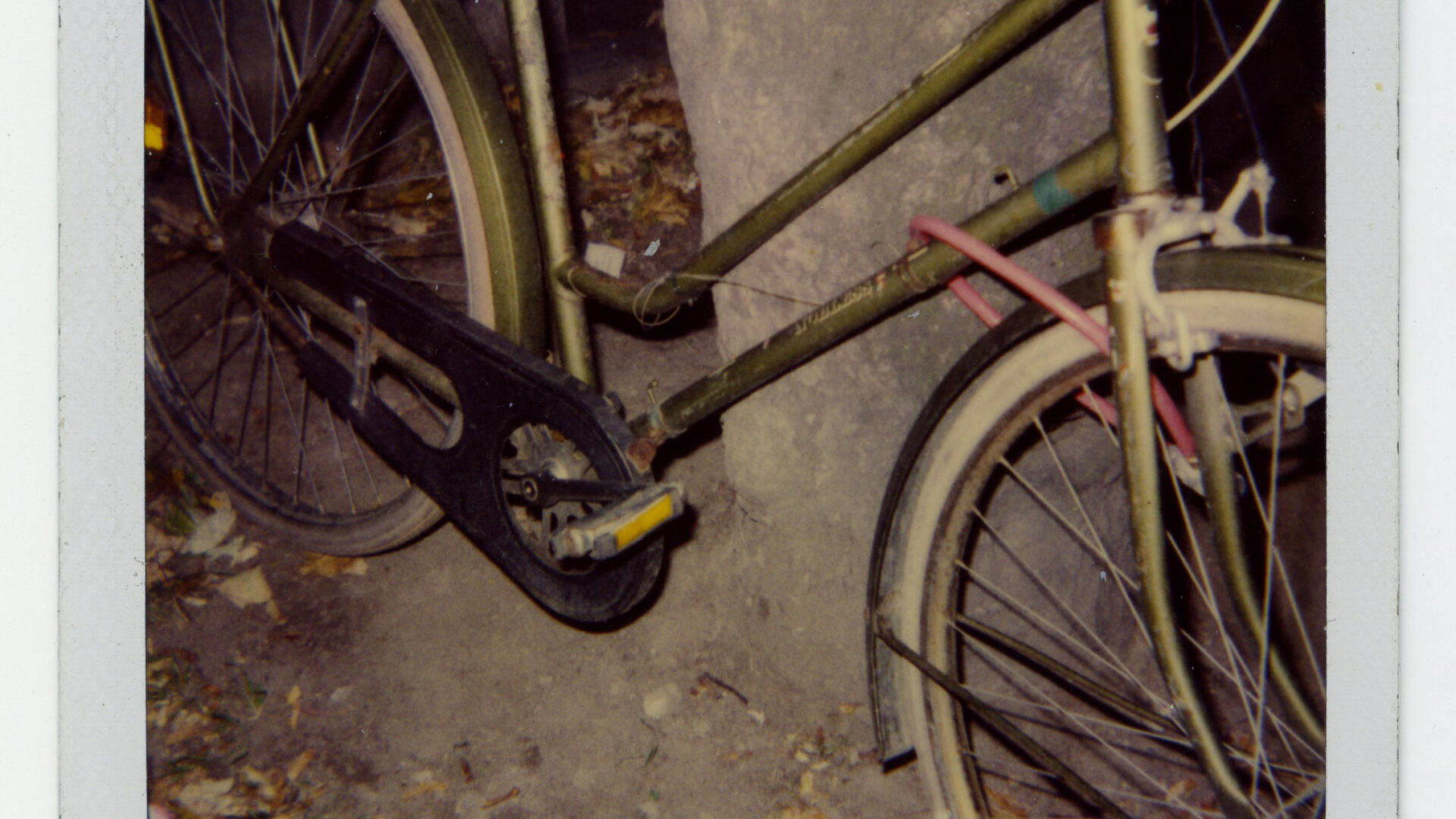 Born in Cologne in 1937, Horst Ademeit was a trained craftsman who worked odd jobs and lived a significant part of his life in a low-income housing project, ill, paranoid, and immersed in legal proceedings concerning fees that he owed and complaints that he filed. Although he had attended Joseph Beuys’s open-door class at the Kunstakademie Düsseldorf in 1970, Ademeit did not find support for the work that he was producing, and subsequently ceased fine-art training. In fact, the Polaroid photographs, journals, and handwritten notes that comprise Ademeit’s first museum exhibition, curated by Udo Kittelmann and Claudia Dichter, were not conceived as artworks; they have been valued as such only since 2008, when they were brought to the attention of Galerie Susanne Zander in Cologne by the staff of the nursing home where Ademeit was then living, but from that point until his death from cancer in 2010, Ademeit embraced this categorization.

Ademeit’s “Observationsbilder” (Observation Images), 1990–2004, depict details of the urban landscape of Düsseldorf: buildings, vehicles, and trees as well as construction sites, waste, and grime. These and other “annoyances” were the subject of Ademeit’s investigation, an obsessive activity that simultaneously helped him to manage his frustrations. In copious photographs and written reflections, he attempted to reveal hidden systems and the effects of the “cold rays” that he believed permeated his environment. He documented his body, the behavior of spiders found around his apartment, and activity on the street. When he found that a building’s window shades were suspiciously left closed, Ademeit returned to the location daily, over the course of months, and if they remained that way he would note it in the margins of the original Polaroid.

In his apartment, Ademeit created a separate record ultimately comprising 6,006 Polaroid photographs; each depicts the day’s newspaper topped with devices intended to measure “cold” radiation, such as battery testers, analog clocks, and a light meter. Packed tightly in the photographs’ margins are indications of the date, the weather, and the instruments’ readings, as well as Ademeit’s reflections concerning the news and daily life. There is a raw formal beauty resulting from the devoted regularity and systematic deviations of Ademeit’s process; seen altogether along three walls, these Tagesphotos” (Daily Photographs), 1990–2004, exhibit an exquisite color shift from blue to pink to black, the effect of Ademeit having switched to using a different pen for a time. Elsewhere in the exhibition, works consisting only of notes made on scrap paper are grouped together under the rubric Schriftbilder (Writing Pictures). The term aptly reflects that Ademeit’s minuscule handwriting, given its practical illegibility, has exchanged the relation of meaning for pictorial value.

As evidenced by this exhibition, the recent penchant for authentic and original creators has resulted in the assimilation of a body of non-artistic work into an institutional context; in this case it is justified, in that Ademeit’s photographs and writings function as art of the highest caliber. His project was intended to make sense of life and reveal what Bruce Nauman once referred to as “mystic truths,” and it shares with some great art the power to sensitize viewers for a time to the realities found outside the confines of art. Ademeit’s reflections amount to condensed, expressive content––undeniably present, fundamentally personal, and largely inaccessible, except for a precious word here and there, as if in a single detail one could glimpse the ways of the world.

Please contact us for information about our Horst Ademeit collection.