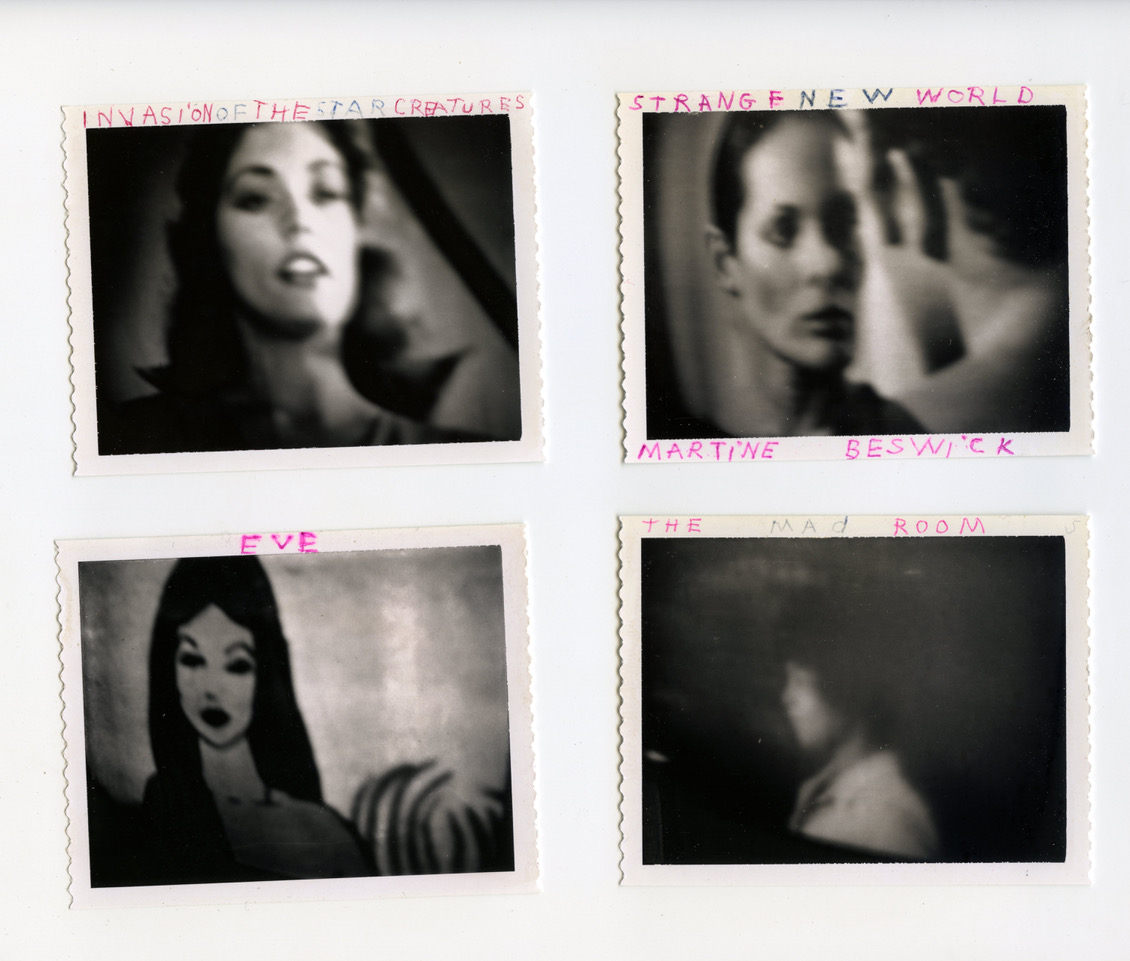 “Type 42” is the name of a black-and-white film stock made by Polaroid between 1955 and 1992. In 2012 the artist Jason Brinkerhoff discovered a cache of around 950 images taken on Type 42 film by an unknown photographer, which led to the presentation of the archive at Delmes & Zander Gallery, Berlin, in 2014 and publication of a selection of the photographs in an edition introduced by artist Cindy Sherman. The original photographer is still unidentified, and his or her intentions remain equally obscure.

The photographs feature actresses (and one actor) as they appeared on television and in movies that aired between about 1969 and 1972. They consist mostly of tightly cropped headshots against dark or shadowy backgrounds. The peculiar, emotionally heightened atmosphere of the pictures is often bolstered by distortions introduced by the curvature of the television screen as well as the oblique angle of the shot. Occasionally the frame of the television set is itself visible. Each image has a narrow border of photographic paper, cut with scalloped edges. The visages of the women, sometimes out of focus or overexposed, slide across the surface of the film, anchored by the simple handwritten inscriptions that classify them by name, program, or, in some cases, bodily measurements.

The sweeping inventory of female roles chronicled by the archive offers a panoramic take on the period’s repertoire of popular culture. Spanning age, race, and genre, the subjects include well-known actresses, such as Kim Basinger, Dionne Warwick, Ava Gardner, and Mia Farrow, alongside forgotten and cult figures. Science fiction and low-budget movies appear frequently, attesting to the particular tastes of the photographer. The photographer’s objective can only be surmised based on the desires that seem to drive his or her gaze. The sheer extent of the archive suggests a form of obsession, as does the fact that the photographs were likely taken without the aid of a pause or rewind button, since video recording equipment did not become widely available to the general public until 1971.