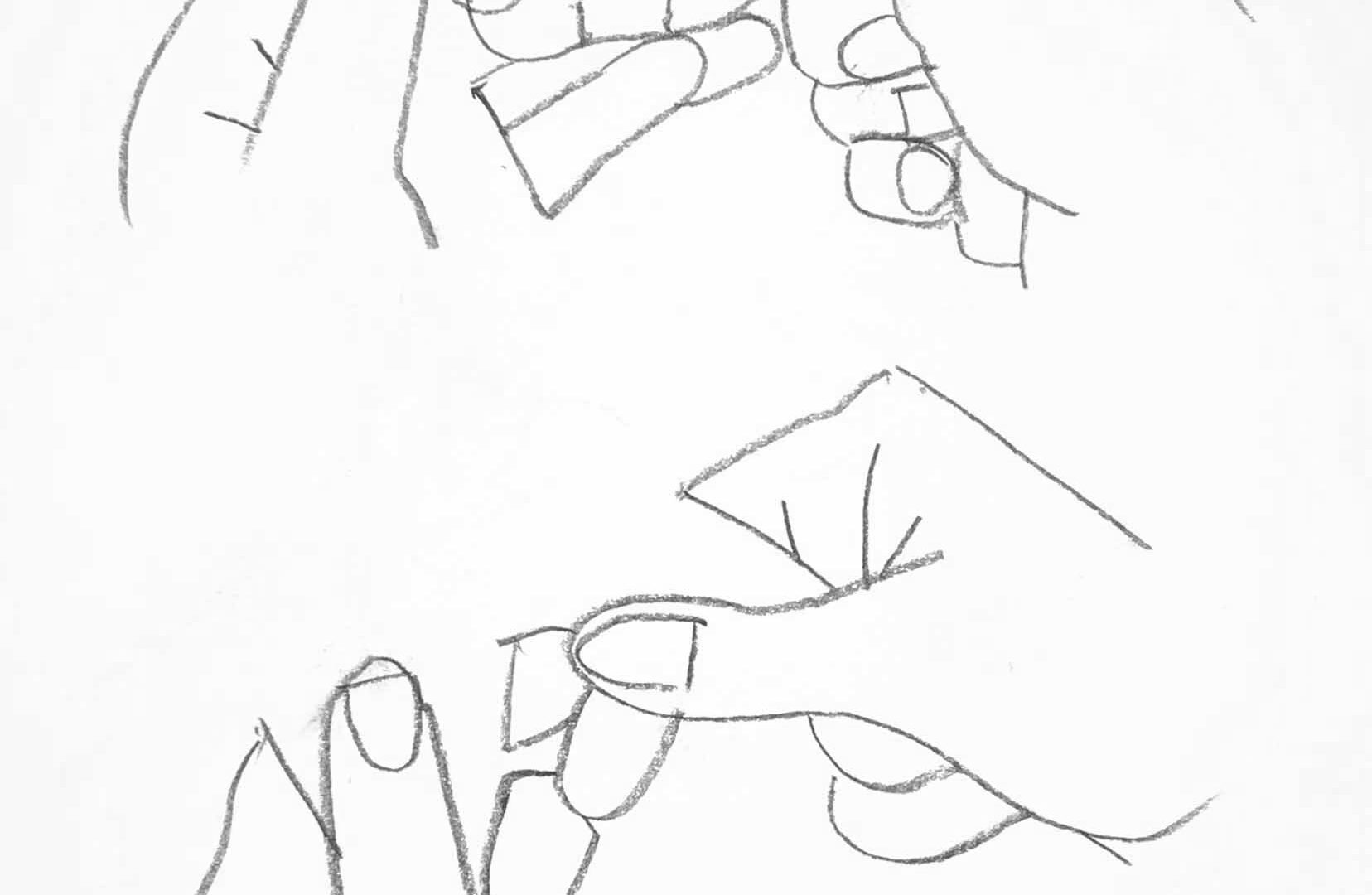 Bundling hair relaxes as much as not bundling hair. However, there’s a difference between combing your fingers through loose hair and sliding them over a tight braid: whether you are inside the hair, surrounded by it, held in its atmosphere; or standing outside, cut off from it – the hair is an object. A matter of perception, a matter of style. It is the process of bundling loose hair and the way that you do it that gives a hairstyle its power.

The ‘way that you do it’ is a core element in this show. Take as an example the three-strand braid: whilst intricate, it is very easy to do once you get the hang of it – you forget quickly that you are plaiting at all. The result can differ depending on the way in which you interweave the strands during the braiding process. A Dutch braid (vlecht), for example, is an inversion of the French (tresse); vlecht is above the hair instead of beneath as the French do it. But in both instances the length of hair dictates the duration of repetition, the hair directs the style. A perception of matter.

‘Easy care holiday hair’ is about the intimacy of making; the top tingle of the finger, about caring by creating; feeling with the eye. About connecting whilst combing, traveling whilst sliding. Following a hair to its destination, inside, outside, a vlecht or a tresse, any hair on a holiday, stays at home. Rooted.

Hadassah Emmerich (1974, NL)
Negotiating a universe where tropical colors merge with cold grey tones, using layered printing, Emmerich interweaves varied themes such as the body and identity, the exotic, and the conference between abstraction and figuration. The viewer is confronted with a visceral immediacy and the urge to engage conceptually as well as physically.
Emmerich lives and works in Brussels. She studied at the Academy of Fine Arts in Maastricht and the Higher Institute for Fine Arts, Antwerp (BE) and holds a MA degree in Fine Art from Goldsmiths College, London (UK). The work of Emmerich is part of the collection of Bonnefantenmuseum (Maastricht), Schunck (Heerlen), Gemeentemuseum (The Hague), Museum Voorlinden (Wassenaar) and Museum voor Moderne Kunst (Arnhem), amongst others.

Dominique Zinkpè (1969, BJ)
Zinkpè’s oeuvre reflects unresolved tensions arising from the fusion of Catholicism, Animism, and indigenous traditions. Intimate and revealing at the same time, his work often reflects experiences of injustice and hypocrisy, infusing elements of irony and satire.
Zinkpè is a painter and sculptor from Benin, Africa. His work is influenced by the country’s rich aesthetic history and his immediate African surroundings. Many of Zinkpè’s sculptures consist of assemblages of carved wooden Ibeji dolls. These personages combine an animistic and natural appearance with human characteristics. Zinkpè was awarded the Prix Jeune Talent Africa in 1993 and won the Prix Umeoa at the 2002 Dakar Biennale.

Koen Doodeman (1987, NL)
Koen Doodeman transports textile patterns, drawn from various sources, to the canvas assembling into handwoven acrylics on cotton. He treats patterns as historically and culturally determined givens that evolve continuously, and as autonomous forms, separated from a single context. Shifting between textile and painting, traditions intersect like the image does between the tangible surface and the pictorial space.
Doodeman was educated at the HKU in Utrecht. From 2015-2016 he was a resident at the Rijksaka- demie in Amsterdam and in 2017 at the ACC Gwangju in South Korea. In 2010 and 2013 he was no- minated for the Royal Painting Award, and in 2014 Doodeman was awarded this prize. In 2016 he re- ceived a grant from the Mondrian Fund. His work is part of esteemed public and private collections.

Tobias Hantmann (1976, DE)
Tobias Hantmann uses velours carpet as medium. His practice centres around painting, its various manifestations and the relationship between picture and motive. Within the group of velour carpets, each picture is of monochrome color, and within this shade, a spectrum of tonal gradations creates the picture, solely through play of light.
Hantmann studied at the Kunstakademie Düsseldorf from 1997 till 2004 in the class of Jan Dibbets. In 2001 he was a guest student of Georg Baselitz at the Hochschule der Künste in Berlin. In 2011 Hantmann won the Förderpreis Düsseldorf and Nordrhein-Westfalen. He was a resident successively at Cité Internationale des Arts Paris, Schloss Ringenberg (DE) and the Nordic Art Association Sweden. 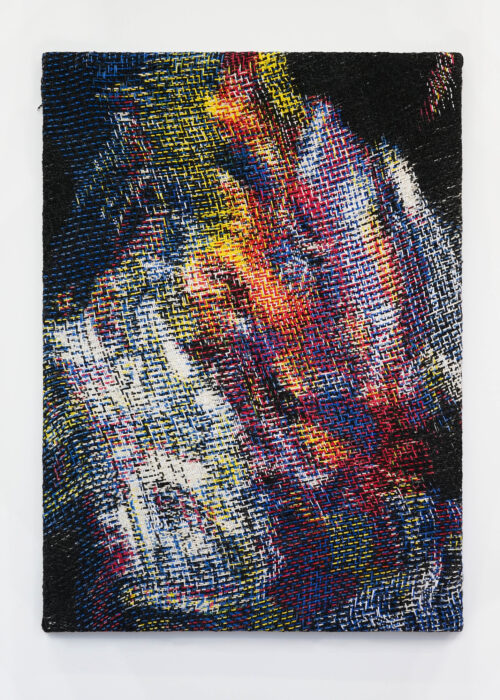