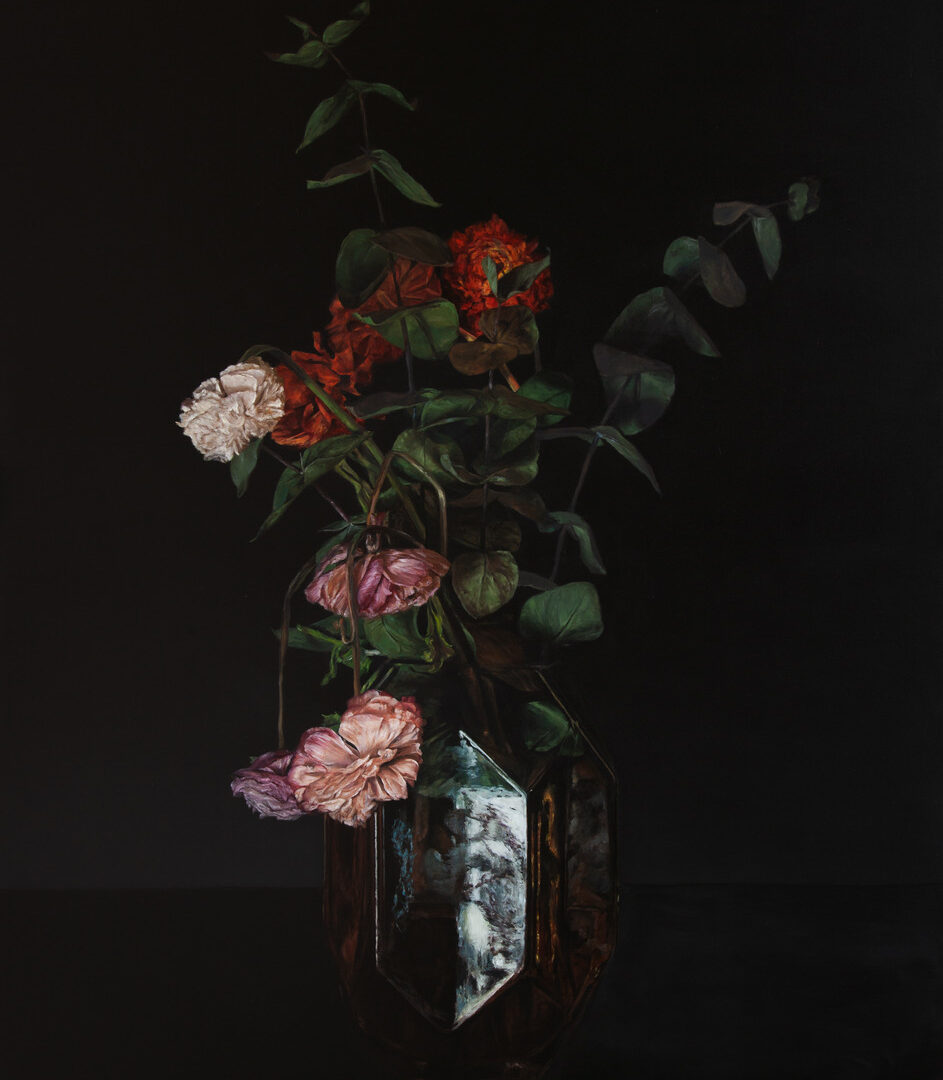 Echoes of the Unseen

Echoes of the Unseen

A group exhibition with four artists that was supposed to be shown at Viennacontemporary, will now be hosted at the gallery.

Gerhard Hofland welcomes you to “Echoes of the Unseen”, exploring the fringes of the seen and experience beyond depiction, as you are guided through worlds reframed in figure and abstraction. Forms and marks are employed to infer space beyond, both the metaphysical and the planes of subjective others here made perceptible.

Hauntingly magnetic and emotionally piercing, the seemingly ageless works of Johan Tahon (1965, Belgium) stands like idols. Quietly emanating timeless wisdom as a sphinx or beings of a higher consciousness, they exist to guide us to a higher truth. Rooted first in the artworks of ancient myth, Tahon’s working method is meticulous and without coincidence. Each drip, scar and seam serving to convey a tangible, metaphysical energy as if seeping from a breach between our realm and the unknowable one he seems to travel.

Layer after layer, Janine Van Oene (1988, Netherlands) climbs the walls of abstraction, raising herself to the precipice of representation. Through the alchemy of mixing colour and calligraphic strokes, she resuscitates motionless forms drawn out from the fake reality of outdated interiors, plastic flowers and forgotten curtain patterns. Memory drenched objects are brought to life in unexpected ways. Here the act of painting is a means through which she explores solutions to a puzzle of forms. The results of which perch themselves on the edge of things we are invited to recognise, only to tumble down the playful swathes of motion she has laid.

For Damien Cadio (1975, France) the border of the canvas is the rim of a lens, behind which is a world of momentum. Beyond lies a state of interplay, each painting becoming less of a still life than a scene within a more elaborate process, moving imperceptibly. He photographs his models from various angles before making a single mark. Therefore, the boundaries of the paintings serve to obscure, to disorient us in a scene beyond the frame, creating a tension between what is visible and the events surrounding that led to their creation. This shroud of mystery and perceived weightlessness creates an unnerving quiet, a sense of some untraceable threat. His images are caught between the gravities of the physical and historical, his modern methods and traditional painting.

Robert Seidel (1983, Germany) works through perpetual reconstruction. Transforming the discoveries of his meticulous exploration of architecture and scenery into analytical observations. With an intense draw to the present, the past is constantly shed, transforming his work as he sees fit until his geometric style crystallises an image into permanence. This thirst for the contemporary state of affairs results in constant revisitations of the scenes he depicts, until his observations can be relieved from their original context, and manifested in images beyond mere depiction. Thus creating immersive and meticulously engineered worlds that envelop the eye in an alternate, intensified dimension. 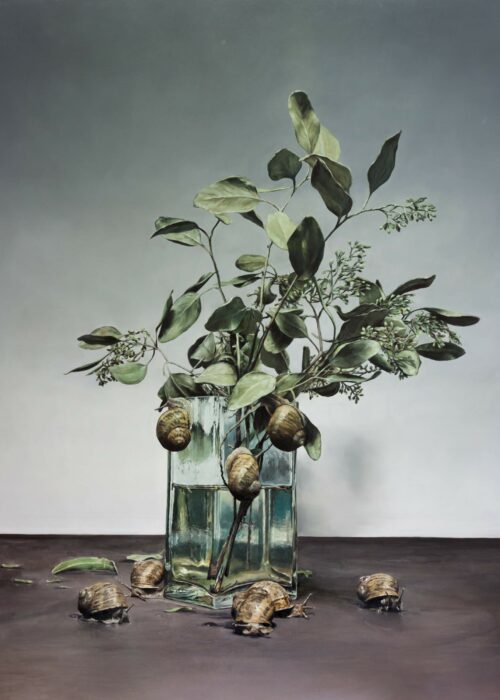 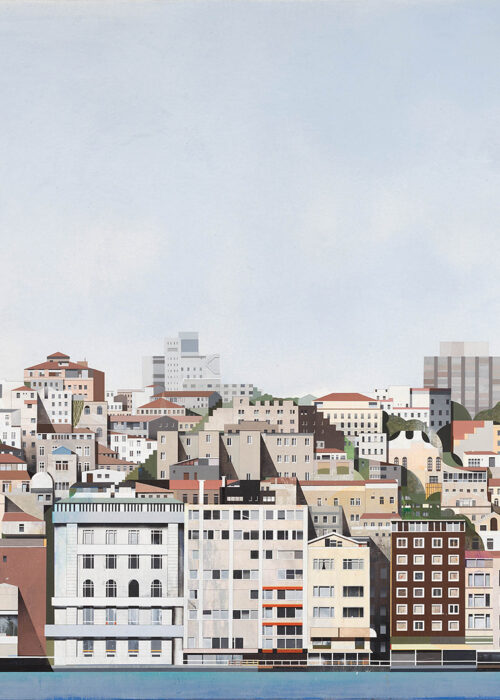 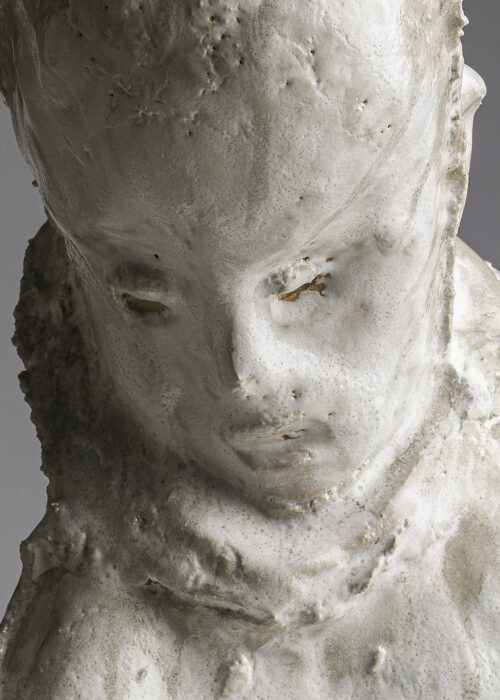 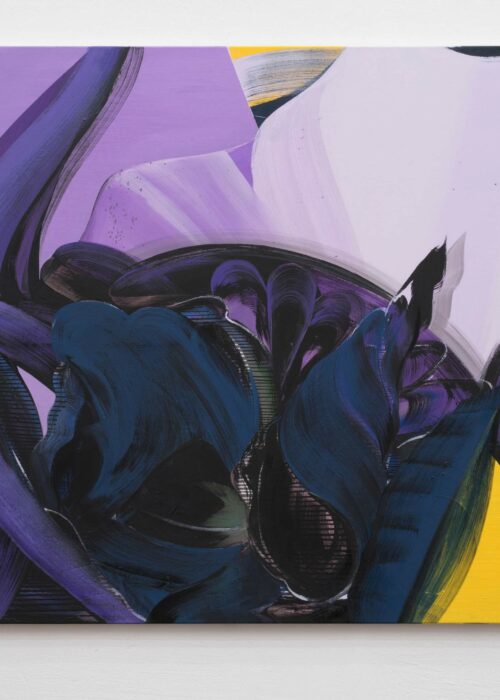