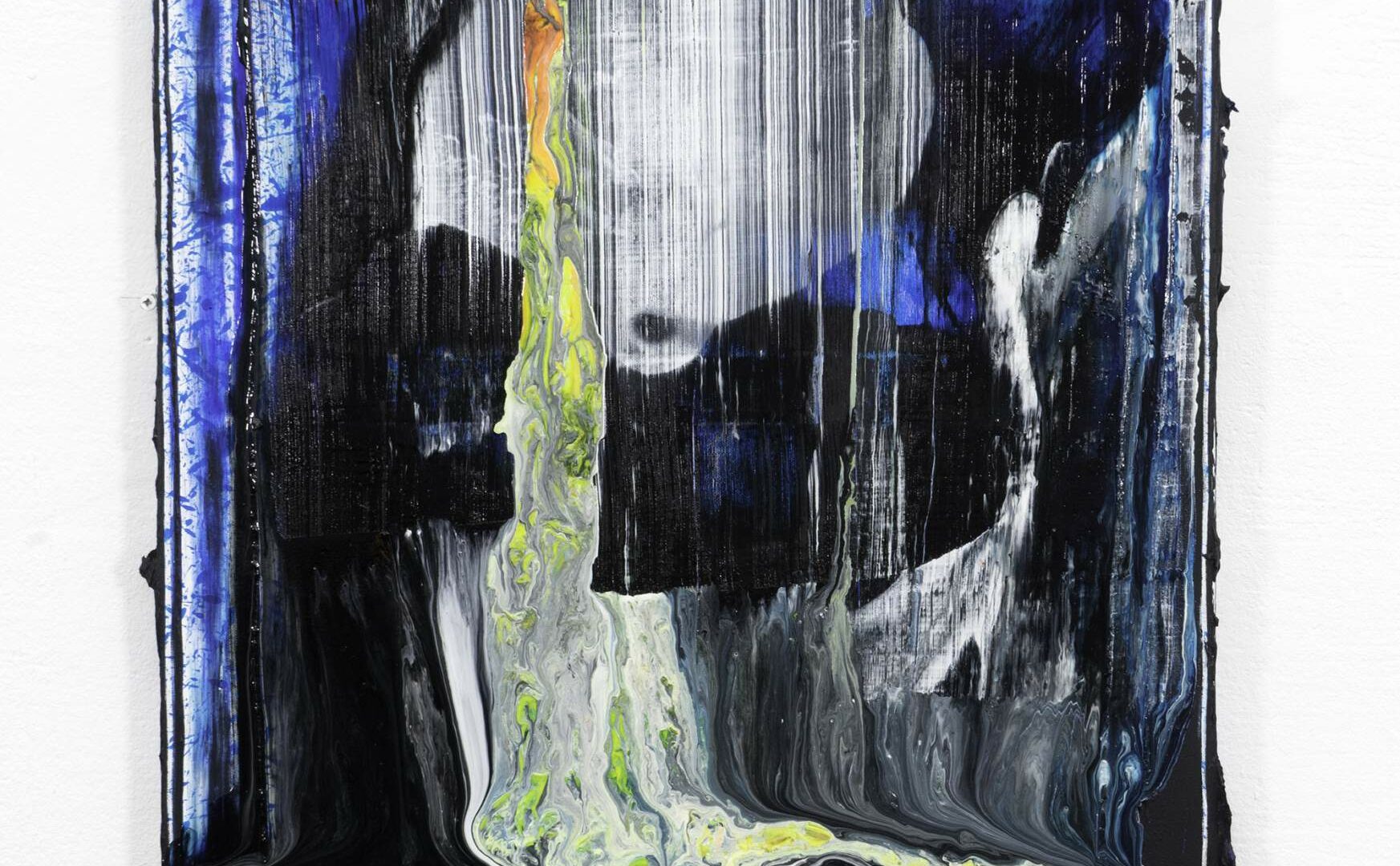 Gerhard Hofland is proud to present NUDES, a solo show by Koen Delaere (1970, BE) with all new work.

‘To force a false start to try and reach ‘new truth’, to expose myself to myself and take it from there, cannibalizing my own work, using new patterns to invent new strategies, to sabotage and destroy the painting I know. What interests me is the physical handling of the idea, the execution as a physical experience. To cut through the ego, to work and get your hands dirty, to make mistakes and transform them into something that has potential. Meaning is revealed in practical concerns and the consequences in choices. Recording physicality. Beginning with a blank canvas, facing the void. Going beyond thinking, anti-design, a structure against which to work. You start to wonder what a body is, submitting yourself to this, and exploring absolute personal freedom within this. Focusing on myself in the studio, I became extremely aware of life outside the studio. As a reversed dialectic so to say. Standing with my ‘back to the world’ I became very aware of the world. It would be too simple to regard the studio as a safe haven from the outside clutter of society. To take a naïve autonomy for granted. A single Hellfire missile costs $100.000. Soon microbes will be created that convert corn into plastic. (Lidia Yuknavitch – The Book of Joan). But fuck your fear. There is still room for painting.’ 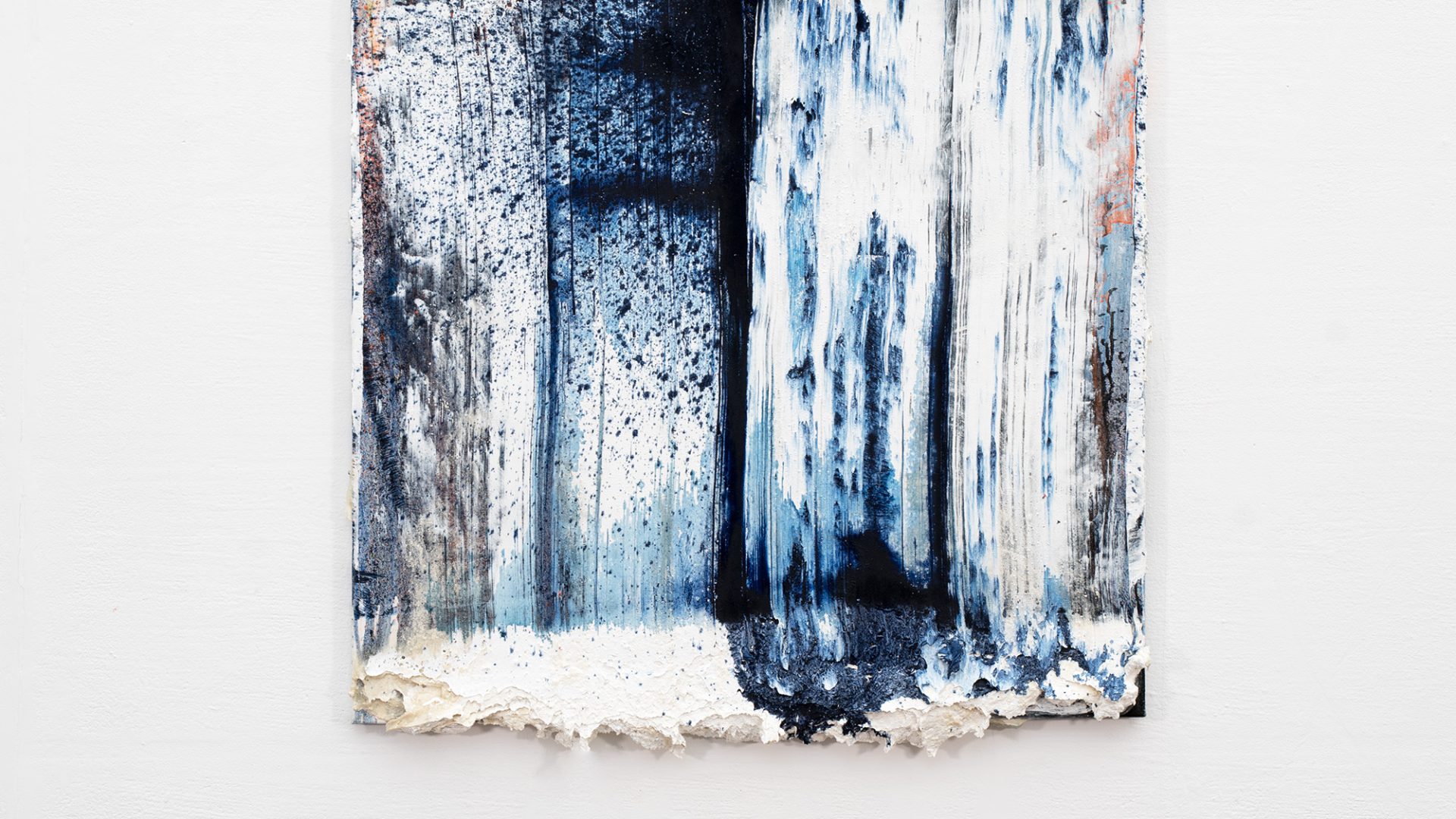 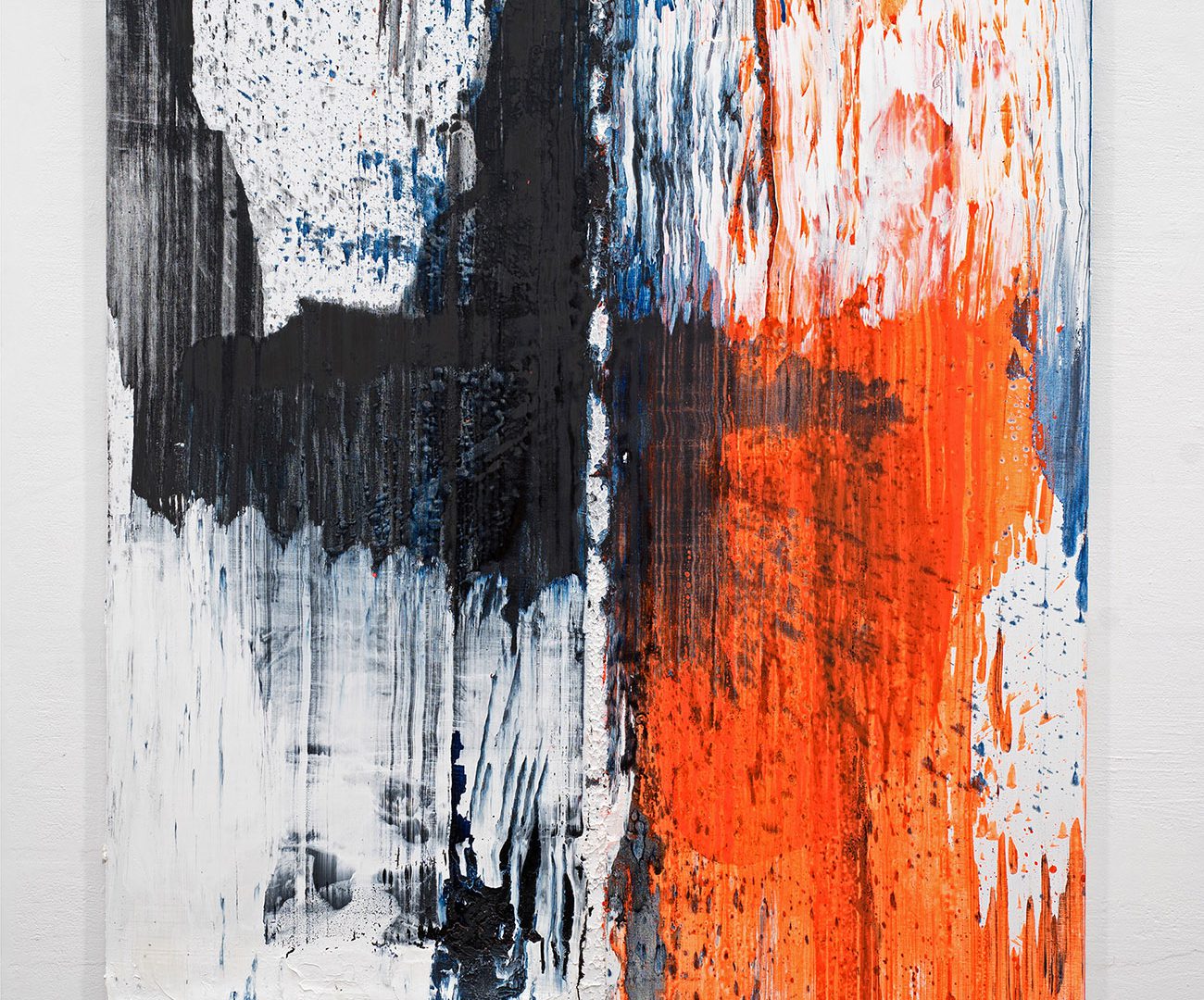 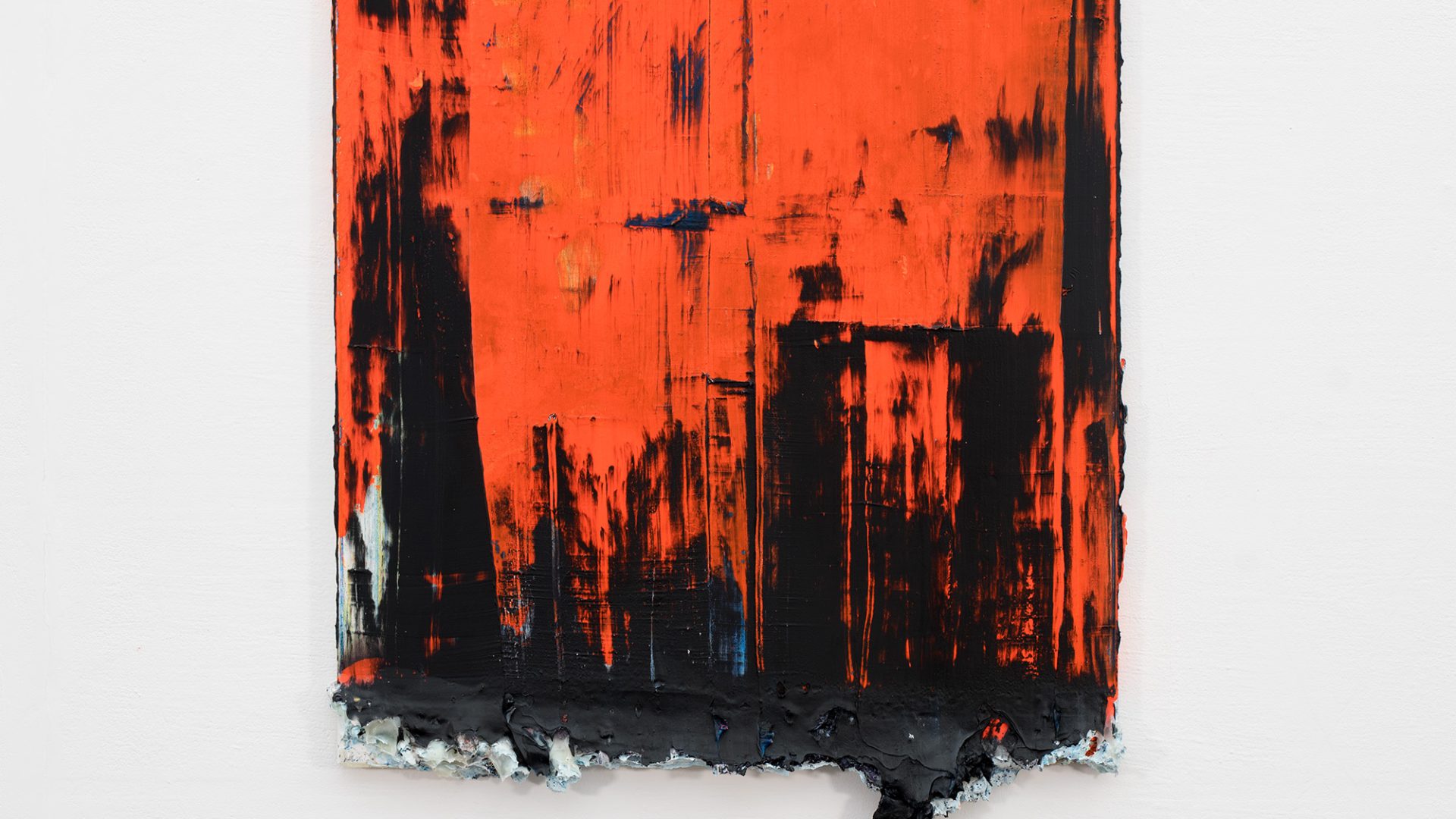 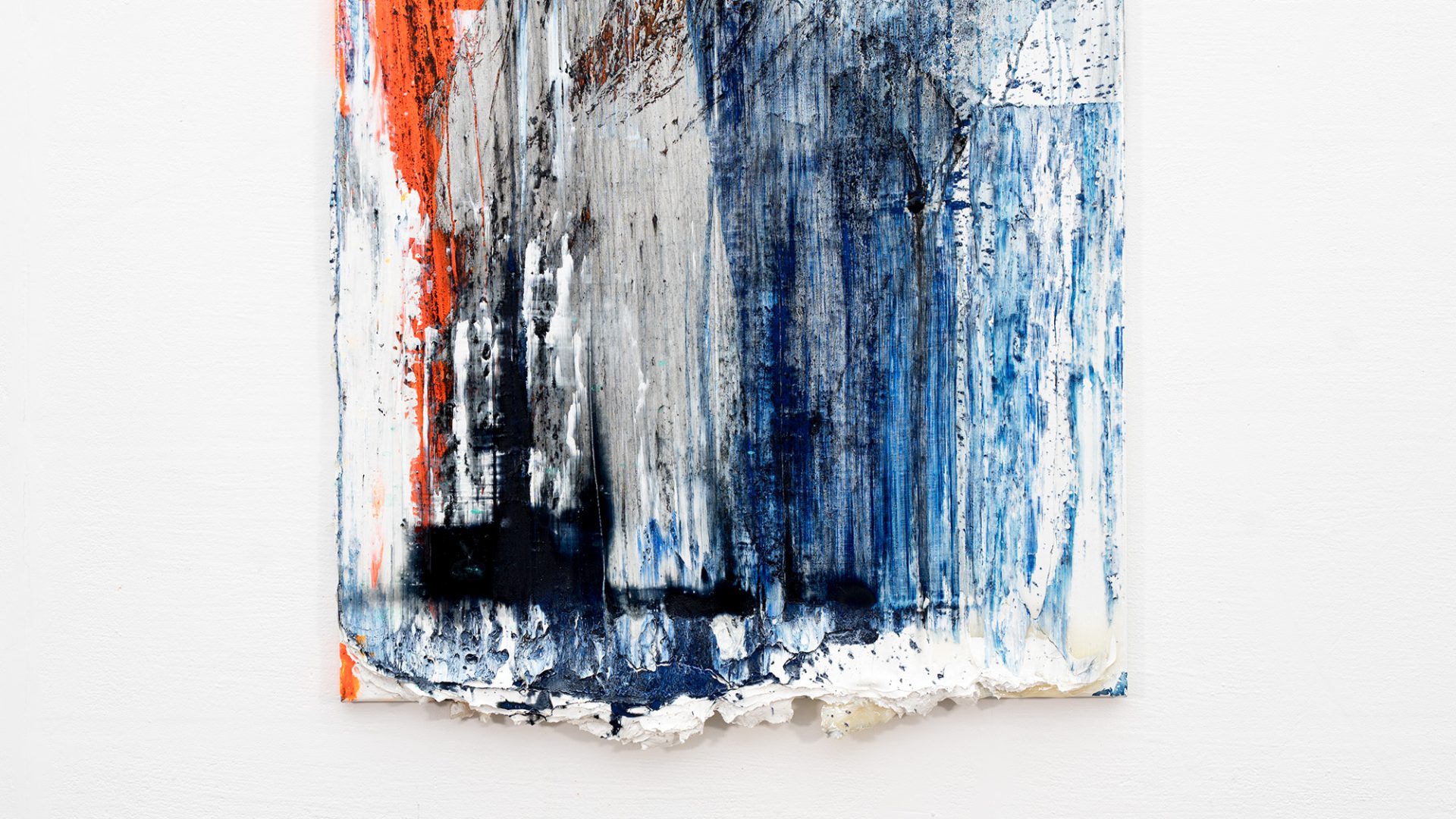 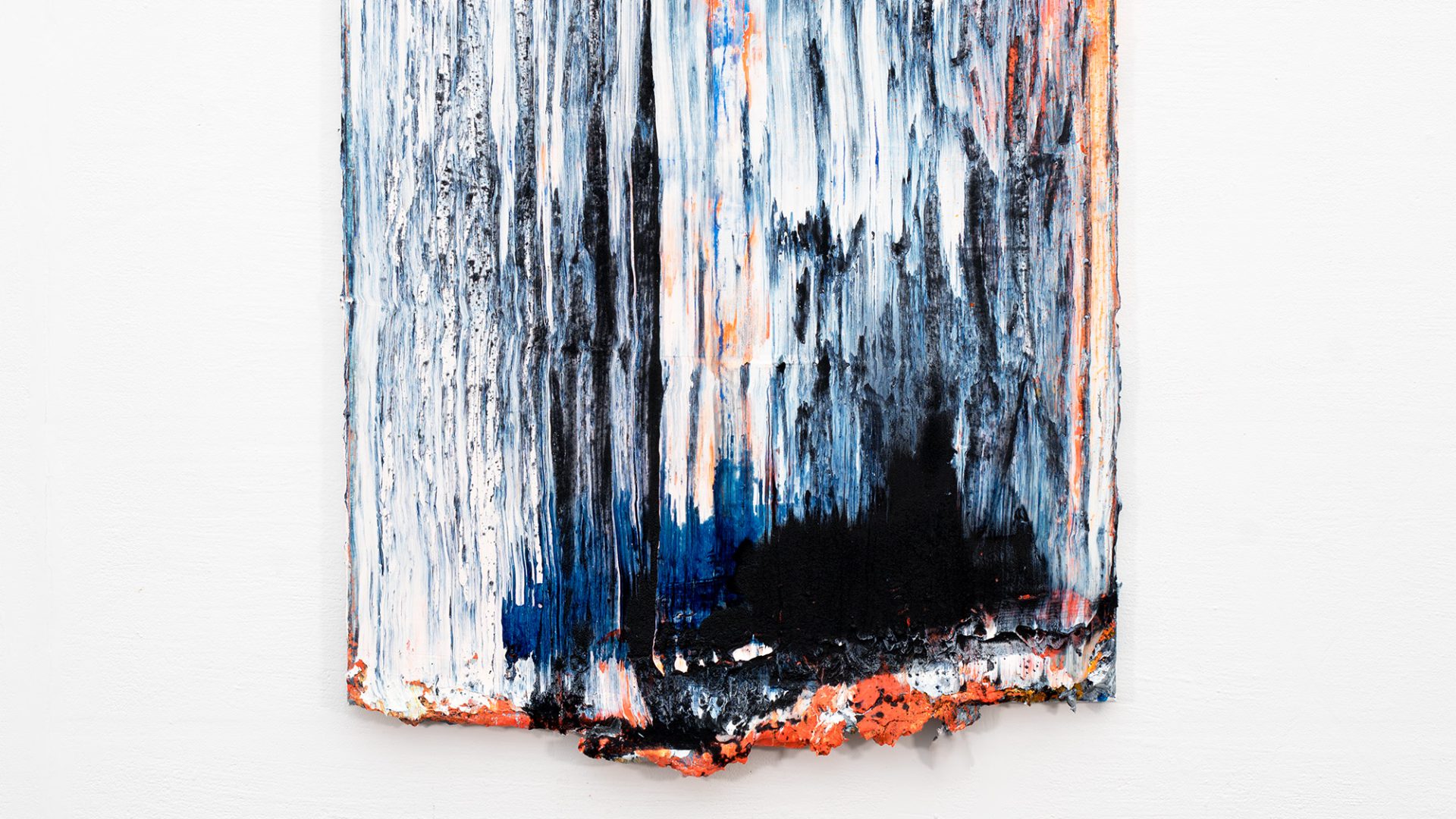 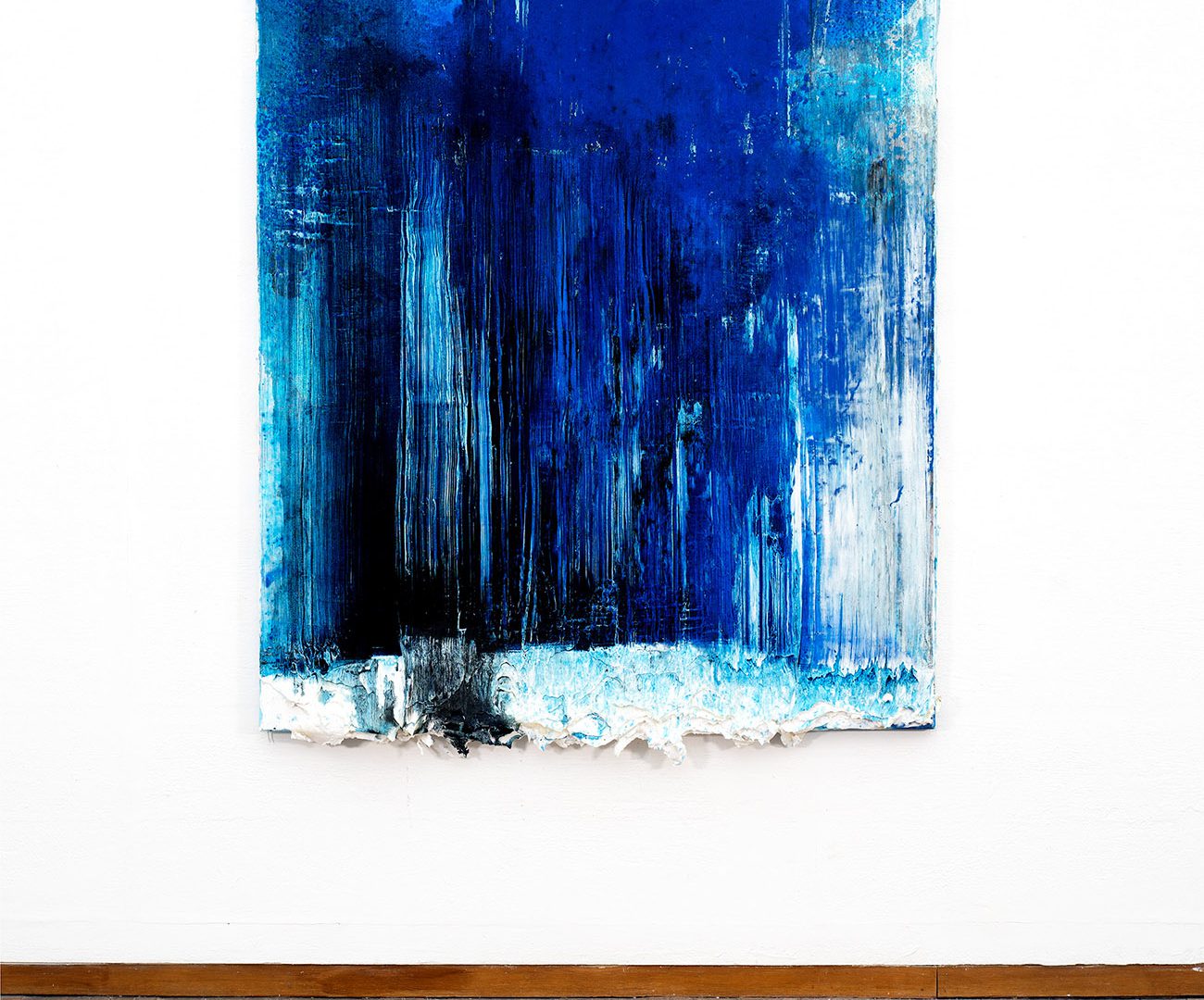 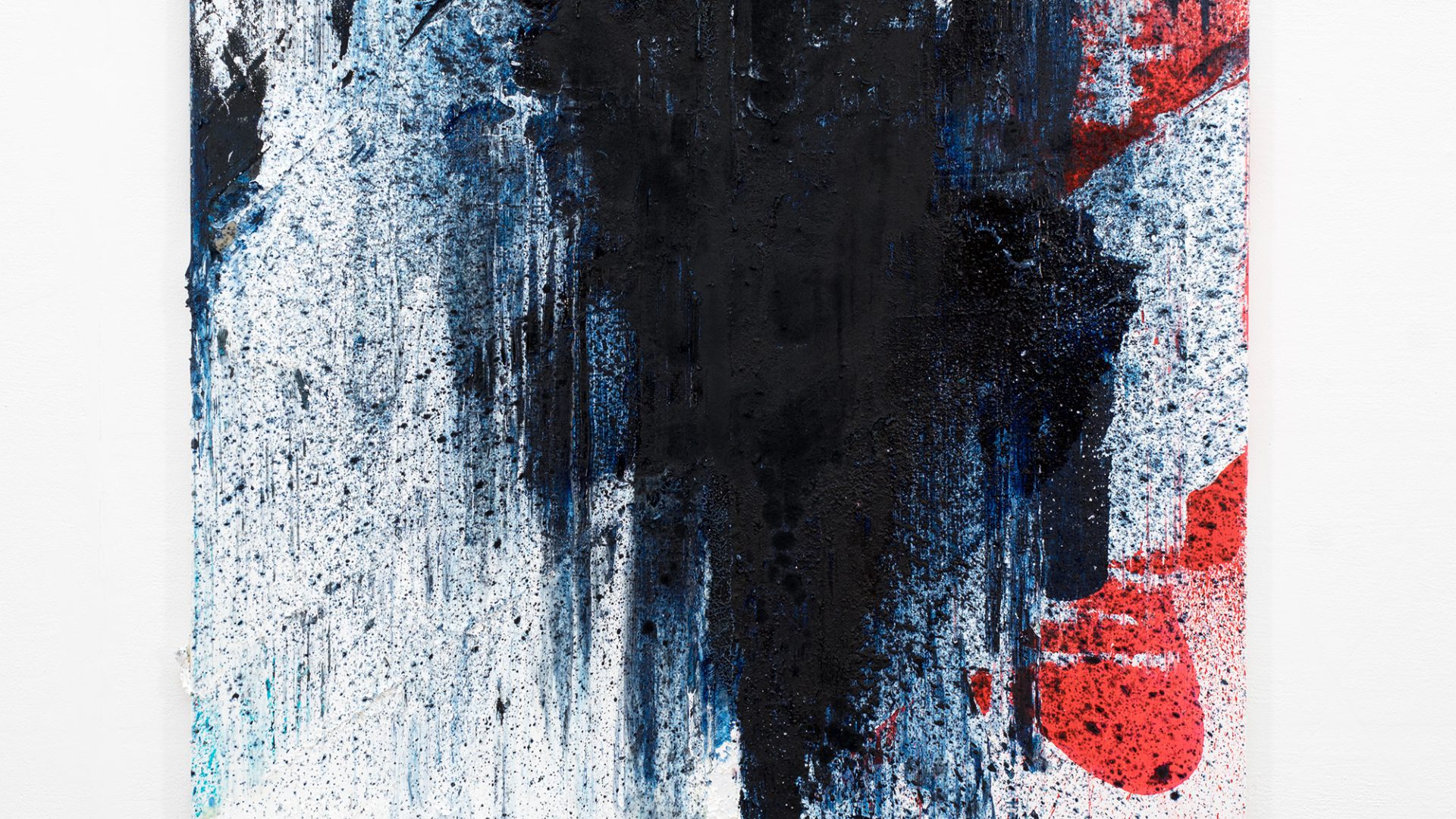 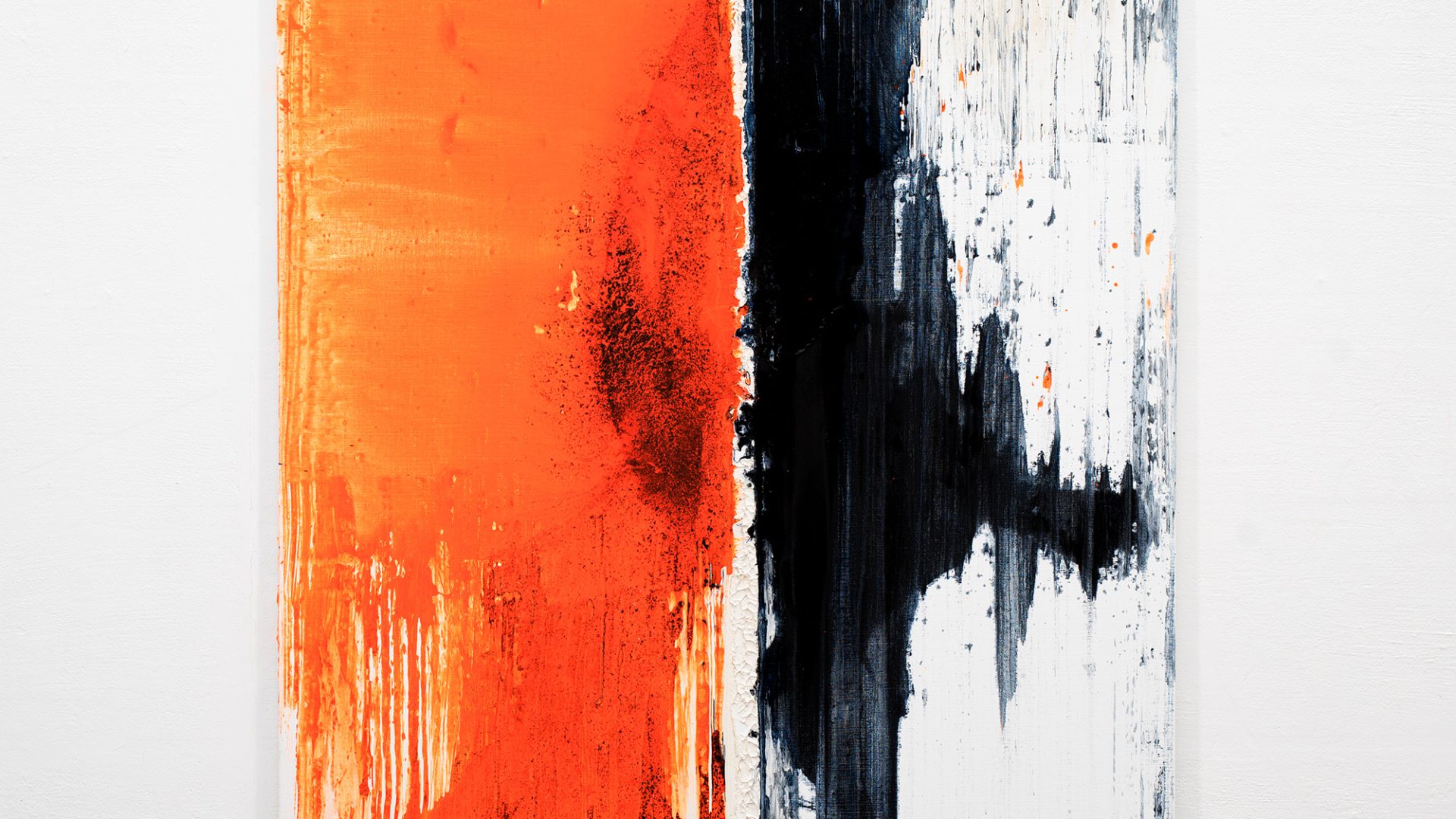 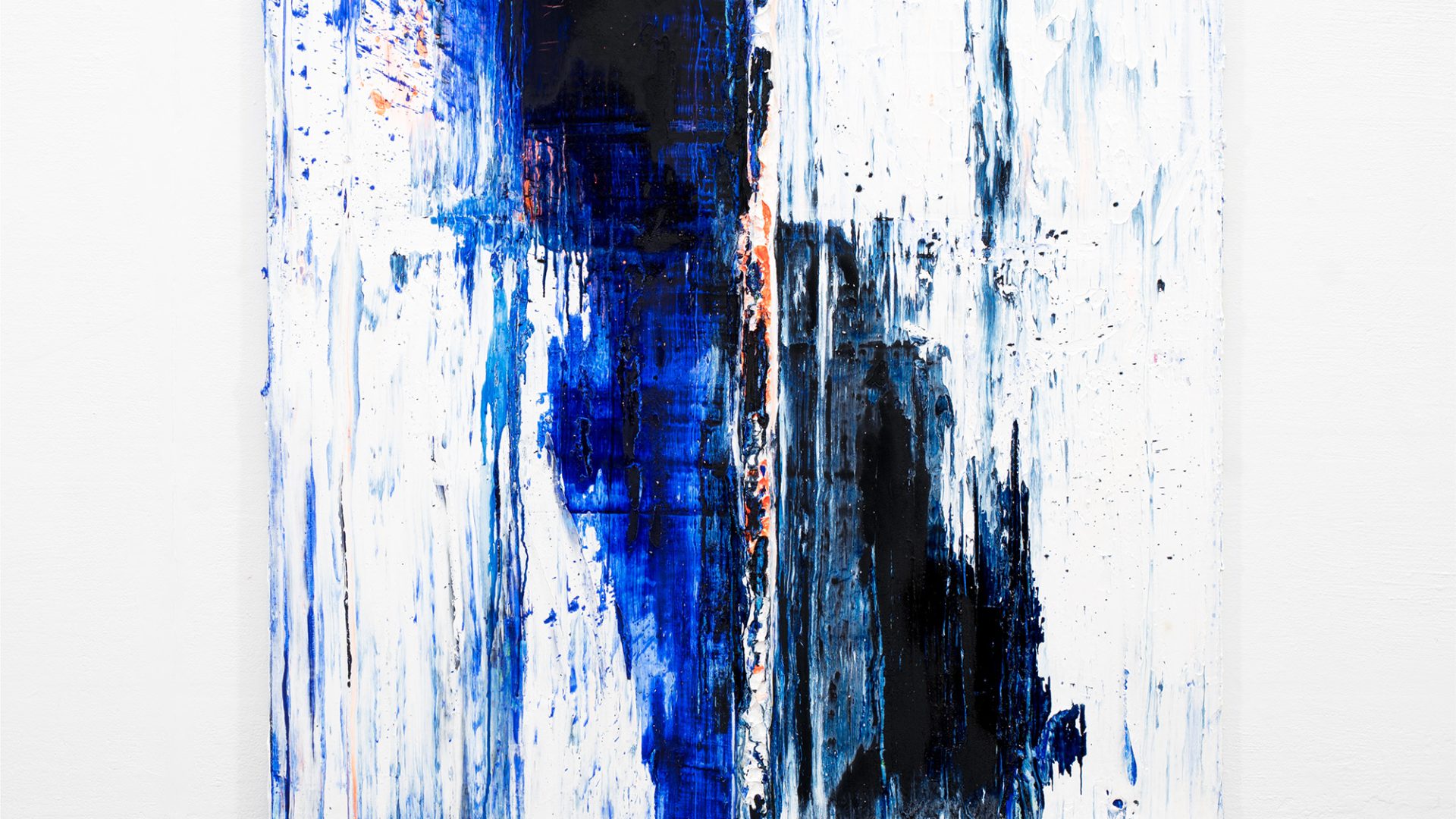 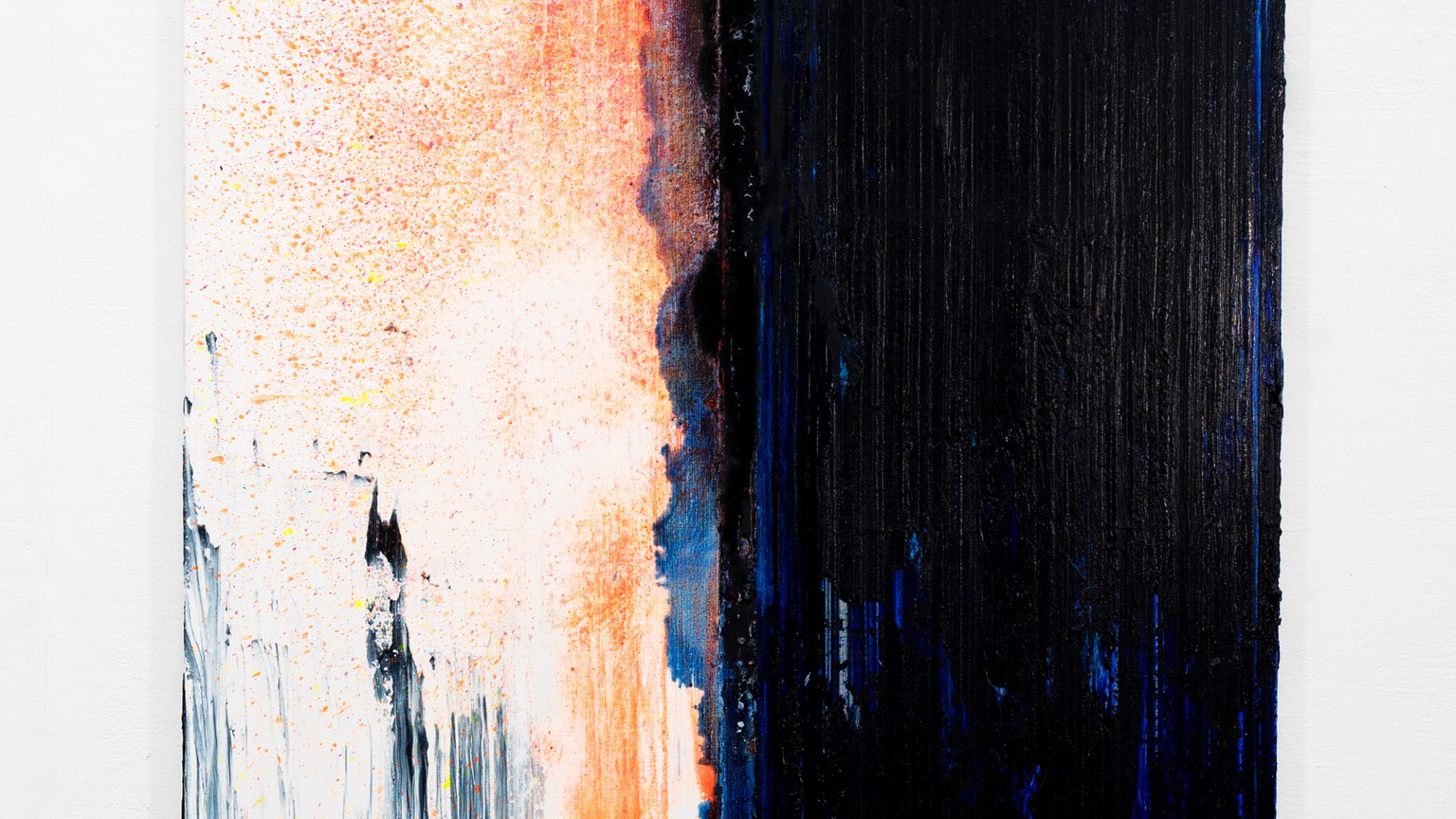 Koen Delaere (1970, BE) studied fine arts at Academie voor Beeldende Vorming in Tilburg. In 2006 he won the Wolvecamp price. Delaere’s work was shown in Los Angeles, New York and Brussels and recently in Stockholm, Sao Paolo, Abu Dhabi and Munich. His work is part of various international renowned public collections, such as Centraal Museum Utrecht, Vleeshal Middelburg and CCA Andratx, Mallorca (ES), and esteemed corporate collections such as ABN Amro Bank, Rabobank and Akzo Nobel, as well as private collections in the United States, Brazil, Germany, Switzerland and Japan. 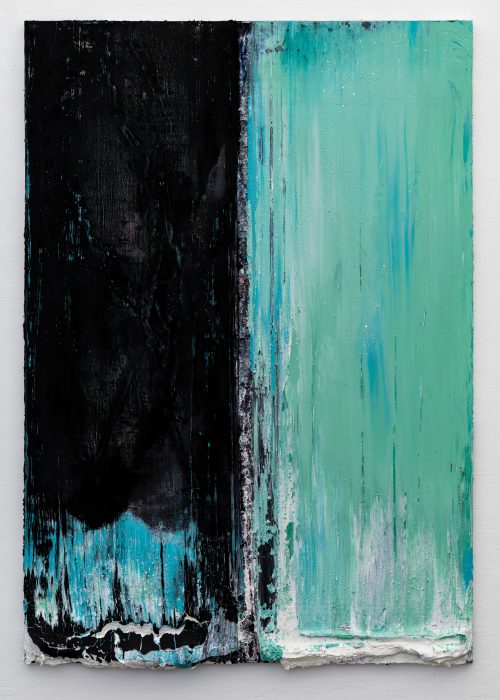