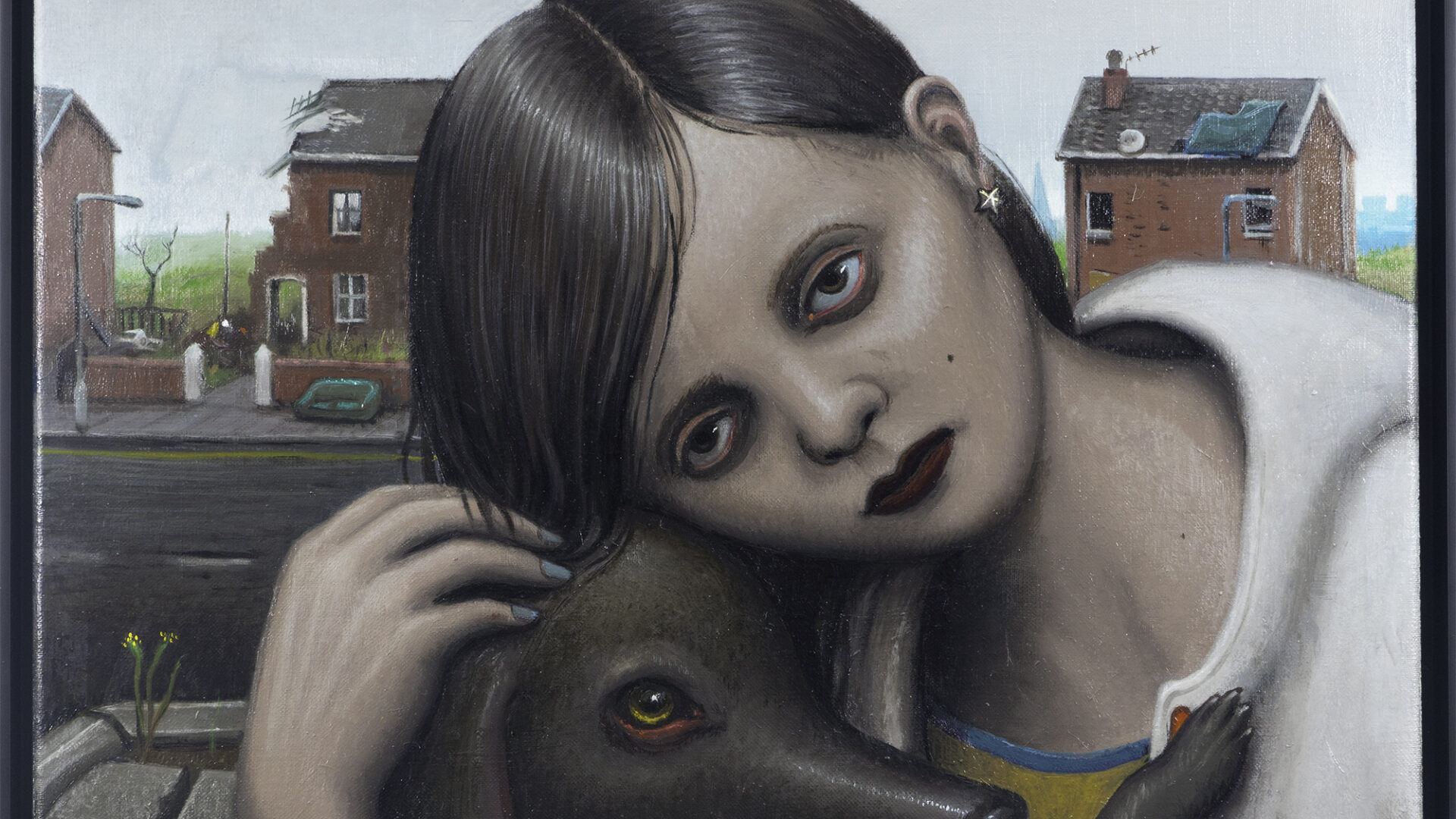 Nik Christensen was born in England and raised in The Netherlands where he attended Gerrit Rietveld Academie in Amsterdam. Nature, and in particular man’s existence within it, has always been a strong focal point in his work. Interested in the duality of destruction and resurrection and exploring the friction between the real and imaginary, he looks for new interpretations, reconfiguring that which looks familiar. The monochromatic drawings on paper are made with sumi ink, often large format. The simplicity of materials and the immediacy of working with ink allow for a certain stillness yet creates tension in its permanence.
Work by Christensen is part of esteemed public collections such as LAM/VandenBroek, MinBUZ/Dutch Ministry of Foreign Affairs, Gemeentemuseum Den Haag and De Nederlandsche Bank.  Christensen currently lives and works in Amsterdam.

Michael Kirkham: Often highly regarded for their uncompromising nature, Michael Kirkham’s paintings give a delicate insight into the dark corners of human existence. Painted mostly from the mind, mixing fantasy and reality. As much as these scenes of the despicable bring about a sense of discomfort or voyeurism to the spectator, they are equally intriguing and touching as they display a deep sense of empathy for all aspects of the human condition.
Michael Kirkham’s works were exhibited at solo exhibitions in Gemeentemuseum Den Haag, Centraal Museum Utrecht, and Kunstpalast Düsseldorf (DE). Work by Kirkham is part of esteemed public collections such as Museum Boijmans van Beuningen (Rotterdam, NL), Centraal Museum (Utrecht, NL), and of corporate collections such as Sammlung Ritter Sport, Collection Olbricht, and Collection SØR Rusche (all DE).

Jochen Mühlenbrink: Perhaps best known for his exquisite trompe l’oeil techniques, Jochen Mühlenbrink’s latest series of paintings can best be regarded as a philosophical approach to painting. By executing seemingly natural optic effects in paint, he is investigating the ambiguity of reality. Mühlenbrink’s works are depictions of physical reality, fictitious images and physical objects at the same time.
Jochen Mühlenbrink lives and works in Düsseldorf, Germany. Here he completed the Art Academy in 2007 under guidance of Markus Lüpertz. Mühlenbrink’s works have been acquired by prominent collections such as ING, KPMG and De Groen Fine Art Collection, among others, while in Germany his work was recently acquired by the Stadtmuseum Oldenburg during his solo-exhibition FALZ.

Henk Stallinga: The art of Henk Stallinga is characterised by his large multimedia installations in which the artist treats industrial design as his medium. Stallinga formidably combines natural elements and recognisable (consumer) objects in order to overwhelm his audience with effects that usually escape our attention in daily life. The concepts behind Stallinga’s works are often based on our awareness of the everyday world around us. This involves concepts like sense of time, sonorous and visual perception and experience of energy in the form of light, heat or movement.
Henk Stallinga lives and works in Amsterdam. He graduated in 1993 from the Rietveld Academy after which he opened Studio Stallinga. Work by Stallinga is part of several international and public collections such as the MoMA, New York, SFMoMA, San Francisco (both US), the Louisiana Museum, Copenhagen (DK) and the Stedelijk Museum Amsterdam. Installations by Stallinga were on view at Awakenings Festival, Kunsthal KAdE (Amersfoort) and LUMC (Leiden), and late 2020 the entire oeuvre of Stallinga will be shown during a traveling exhibition in Japan. 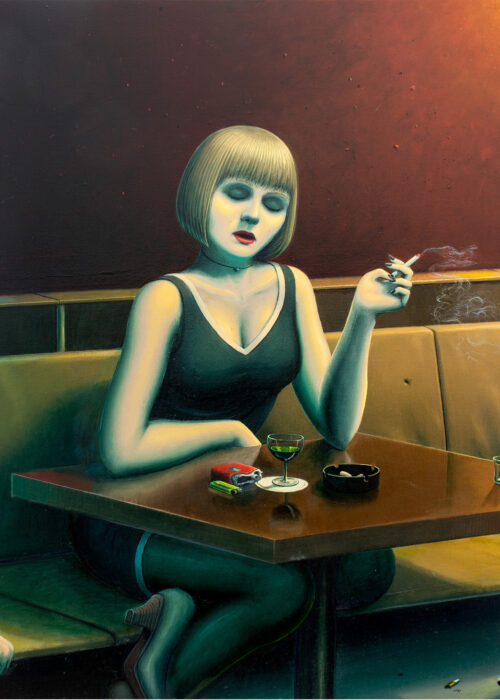 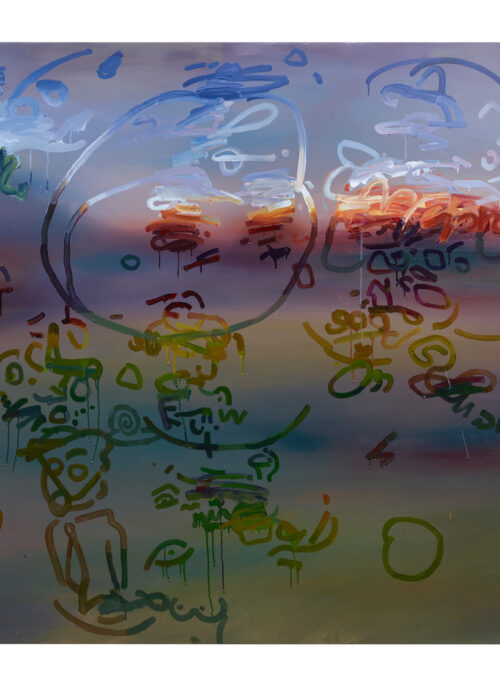 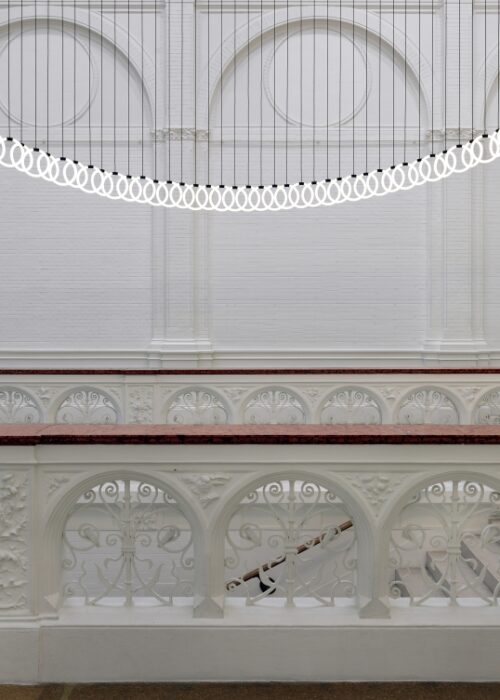