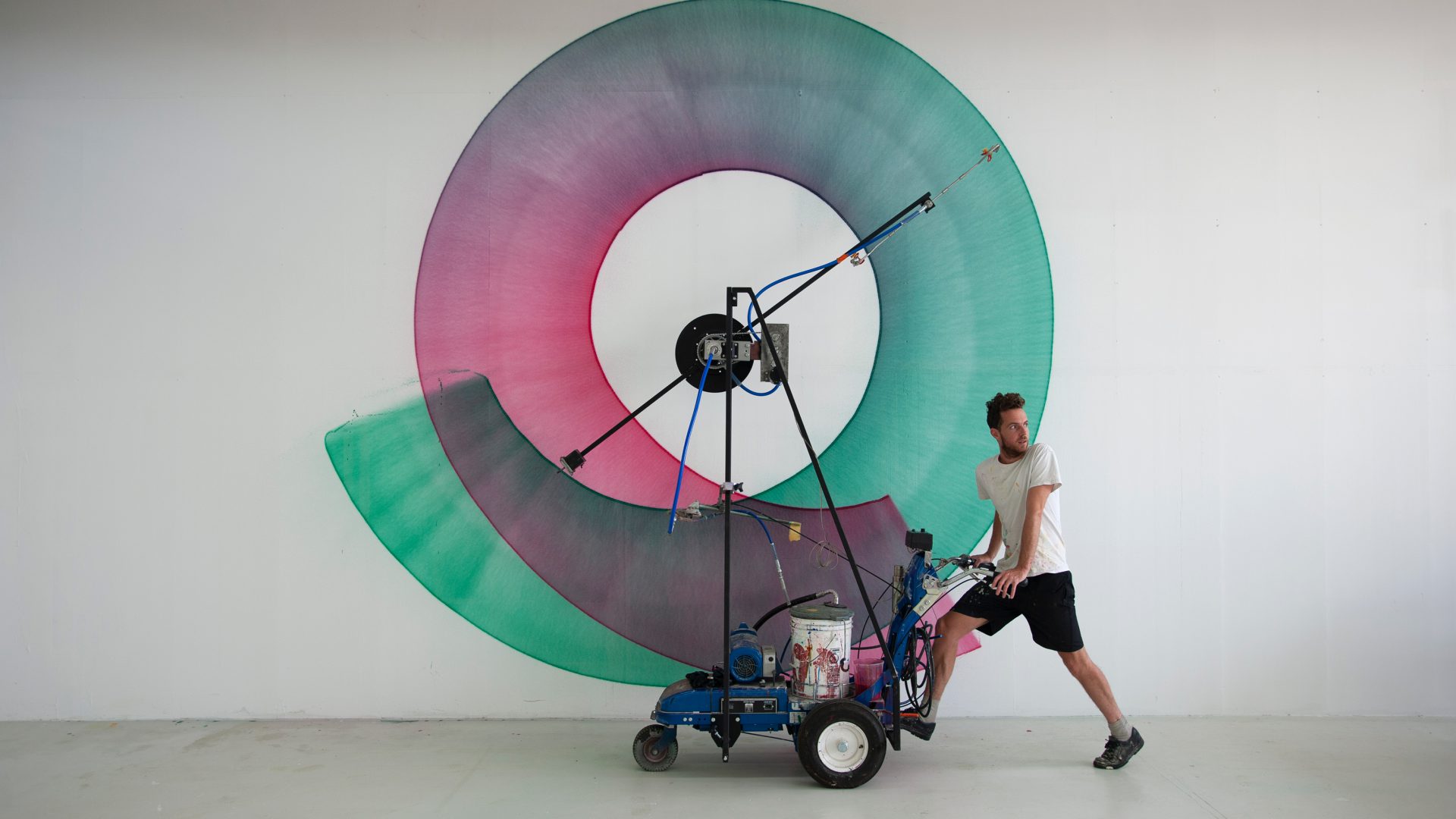 With great pride we present the second solo exhibition with works by Thomas Trum. The show consists of a series of 20 new works on paper and a mural.

Thomas Trum works on the intersection of art and design. Most of his work revolves around a material research of paint and techniques to apply this. Using the studio as a place for experiment, he looks into unconventional ways to paint on paper, canvas or walls. For example, he used a super sized felt pen, a machine for road line marking and brushes attached to a drill. His very active way of working is often based on trial-and-error: the result of his actions are never pre-determined, keeping enthusiasm and velocity as part of the end result.

The series works on paper that Trum shows in Flat Loops introduces us to a new method than what we are used to from him. Instead of laying tight geometrical trails he based his new works off of simple sketches; one line drawings made with a felt-pen. He researches ways to use more calligraphic, organic and decorative shapes in his works.

In the process of making these sketches into developed works on paper, Trum uses the familiar technique from his earlier works on paper, on canvas and other mediums. He resorts to his unrestricted sketches to turn them into vast architectural landscapes that offer an immense depth. Every work gets its own colour and no work is the same. The 20 works, framed and hung in two rows next to and above each other, form their own new alphabet, yet are autonomously enough to create their own identity.

The resemblance of the mural in the exhibit and the sketches that form the basis of the works is evident. That same spontaneous and free spirited line technique is simply enlarged into a monumental mural. Even though his method is slightly different, Trum protects the visual cohesion amongst the works. Consequently the works could not exist without one another.

Thomas Trum (NL, 1989) is represented in collections of the Noord Brabants Museum, Erasmus University Rotterdam, Akzo Nobel Art foundation, NN group, Ministry of Education, Culture and Science (OCW), Ministry of Infrastructure and Watermanagement (IenW) and the Royal collection. The work of Thomas Trum is also represented by Gallery The Hole in New York and Galerie Conrads in Berlin. 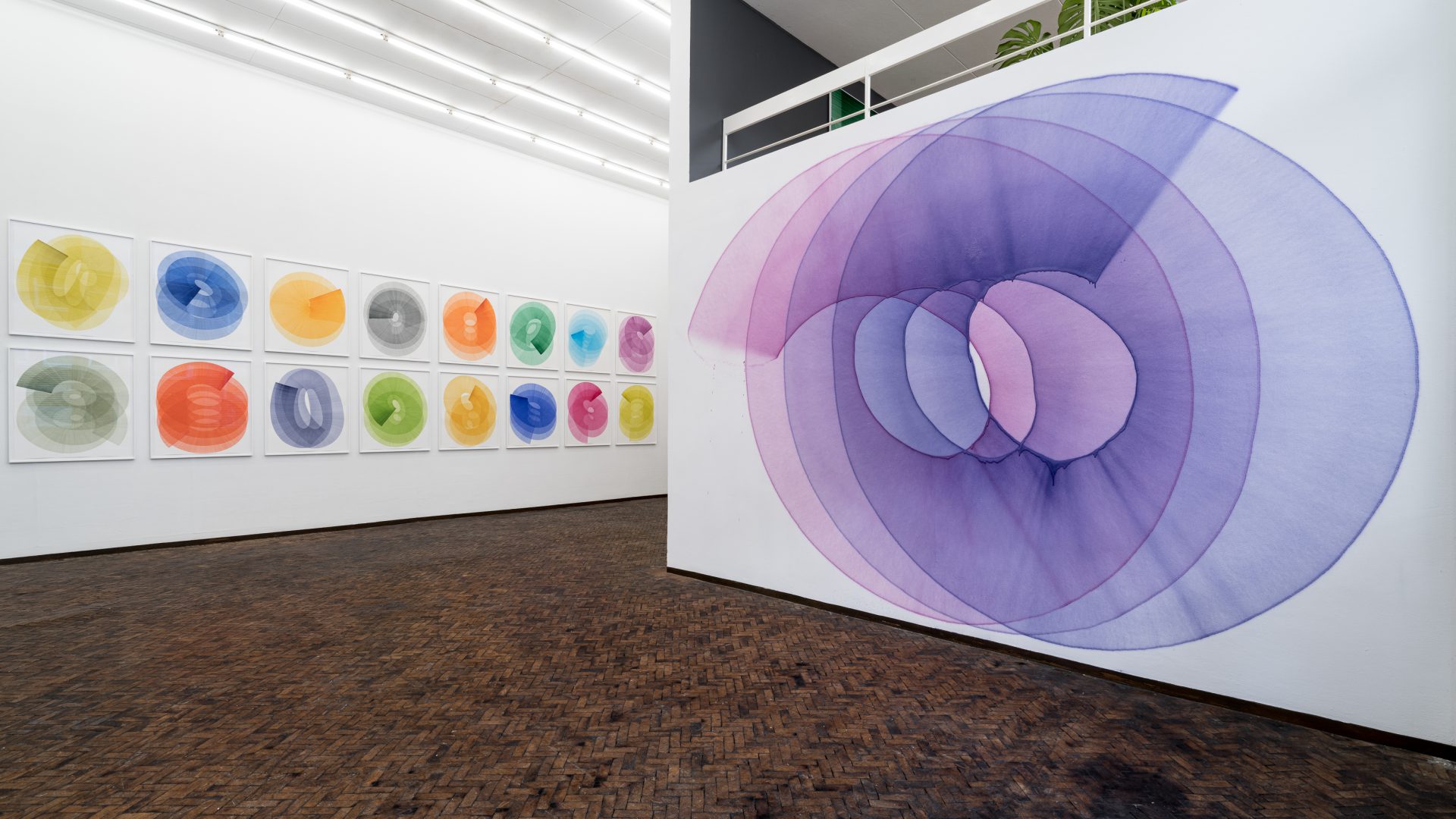 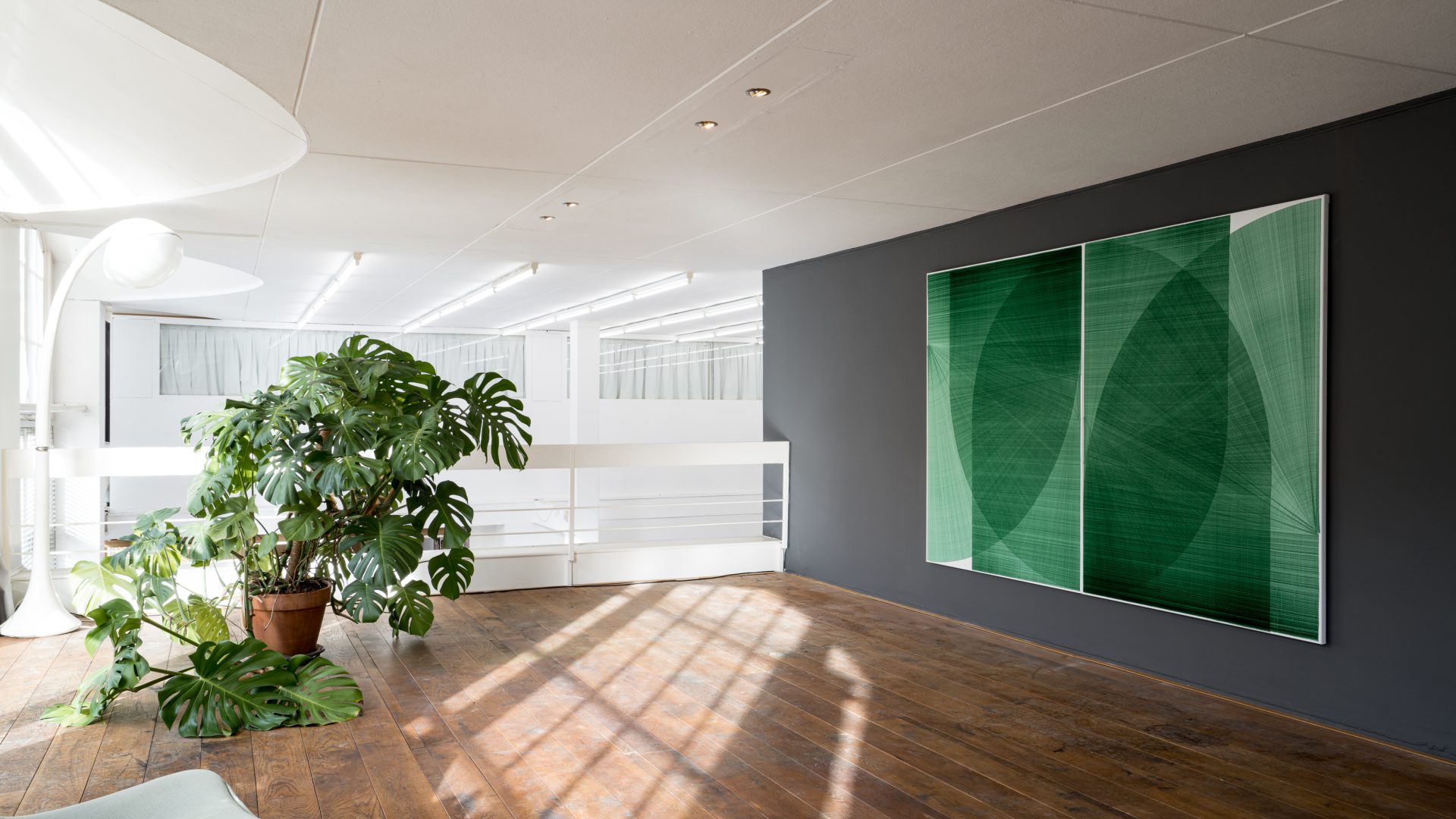 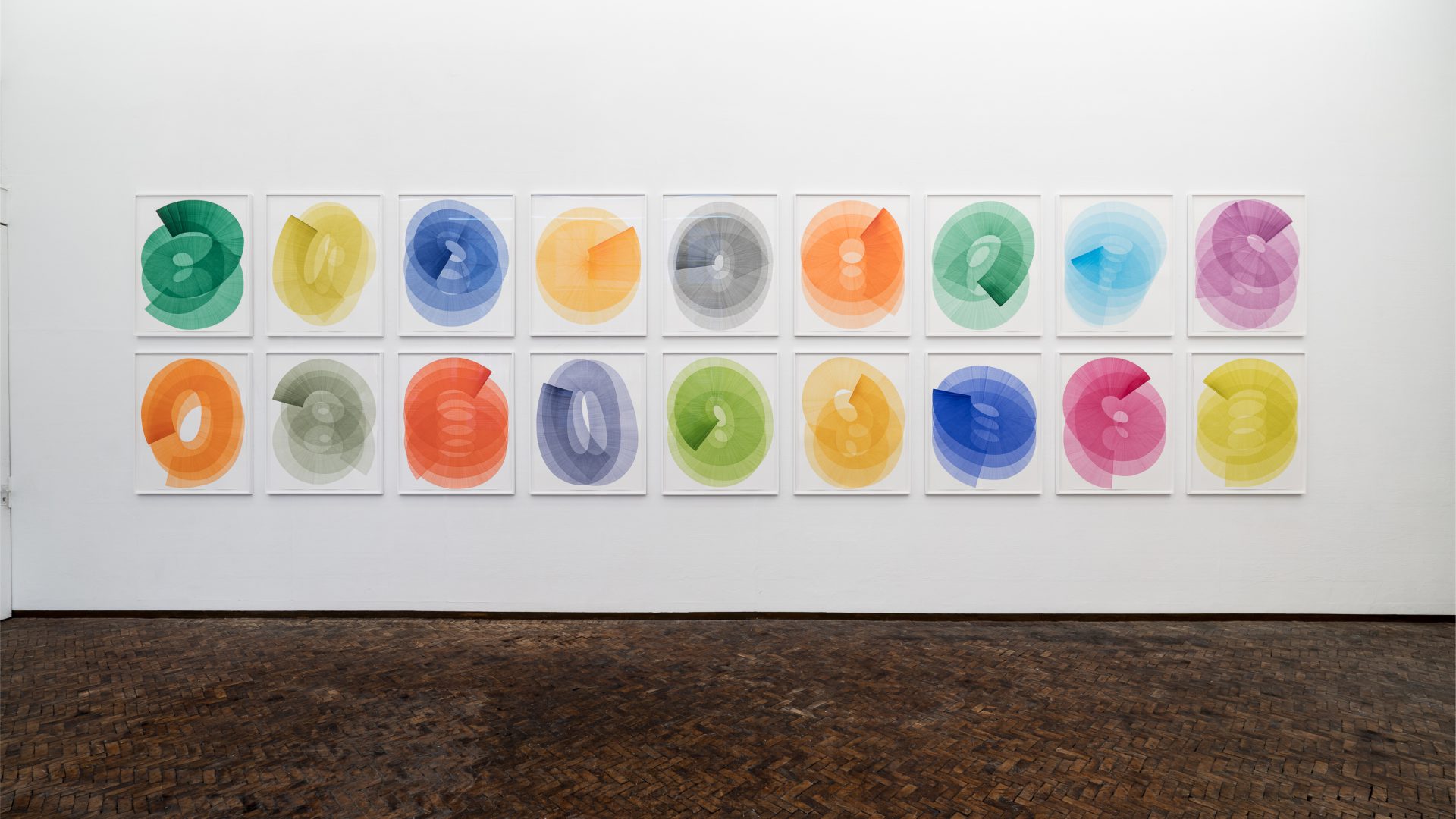 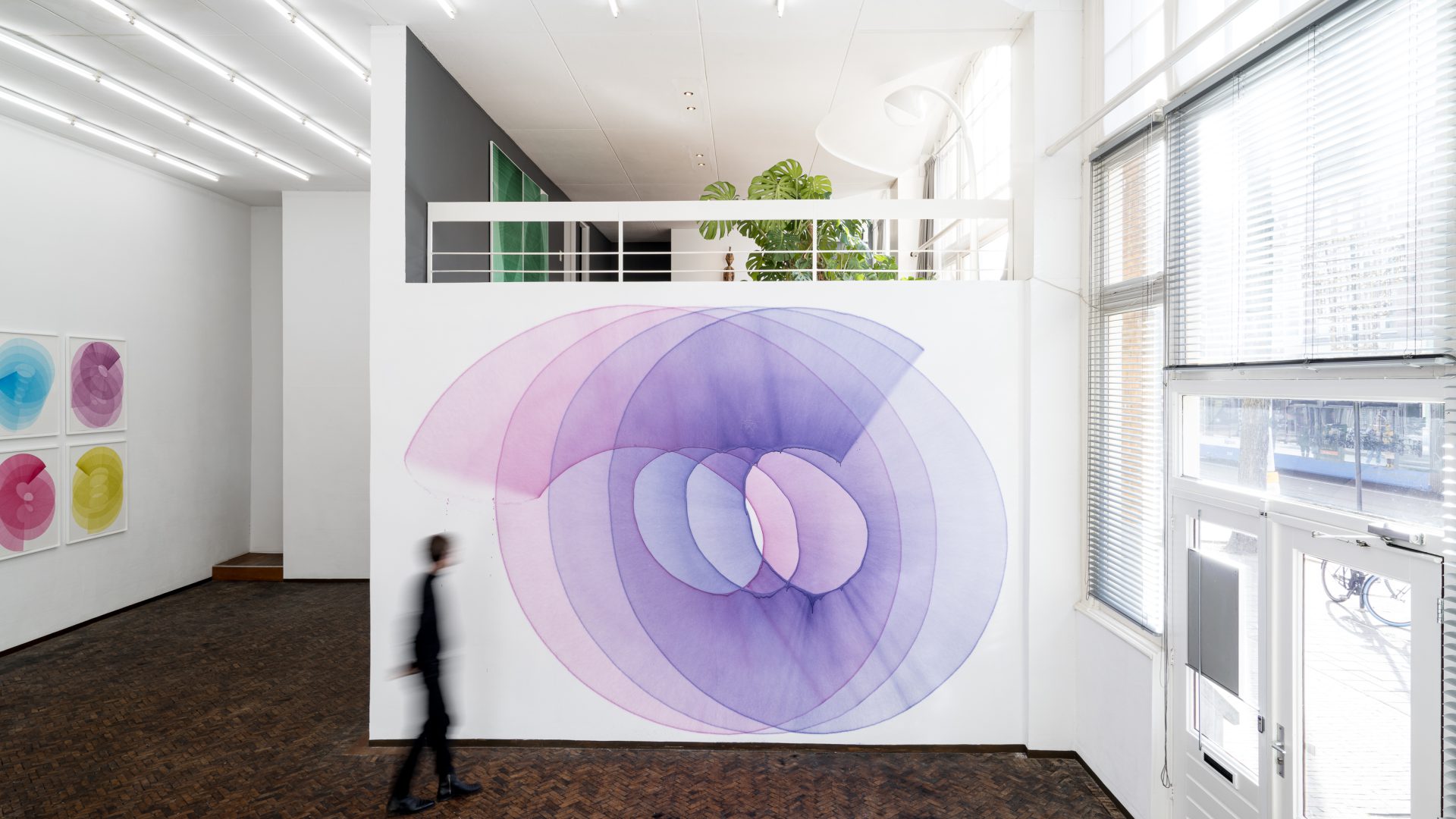 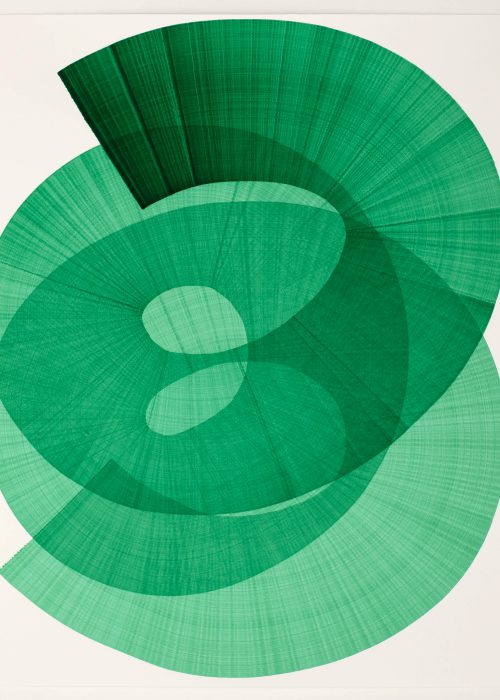