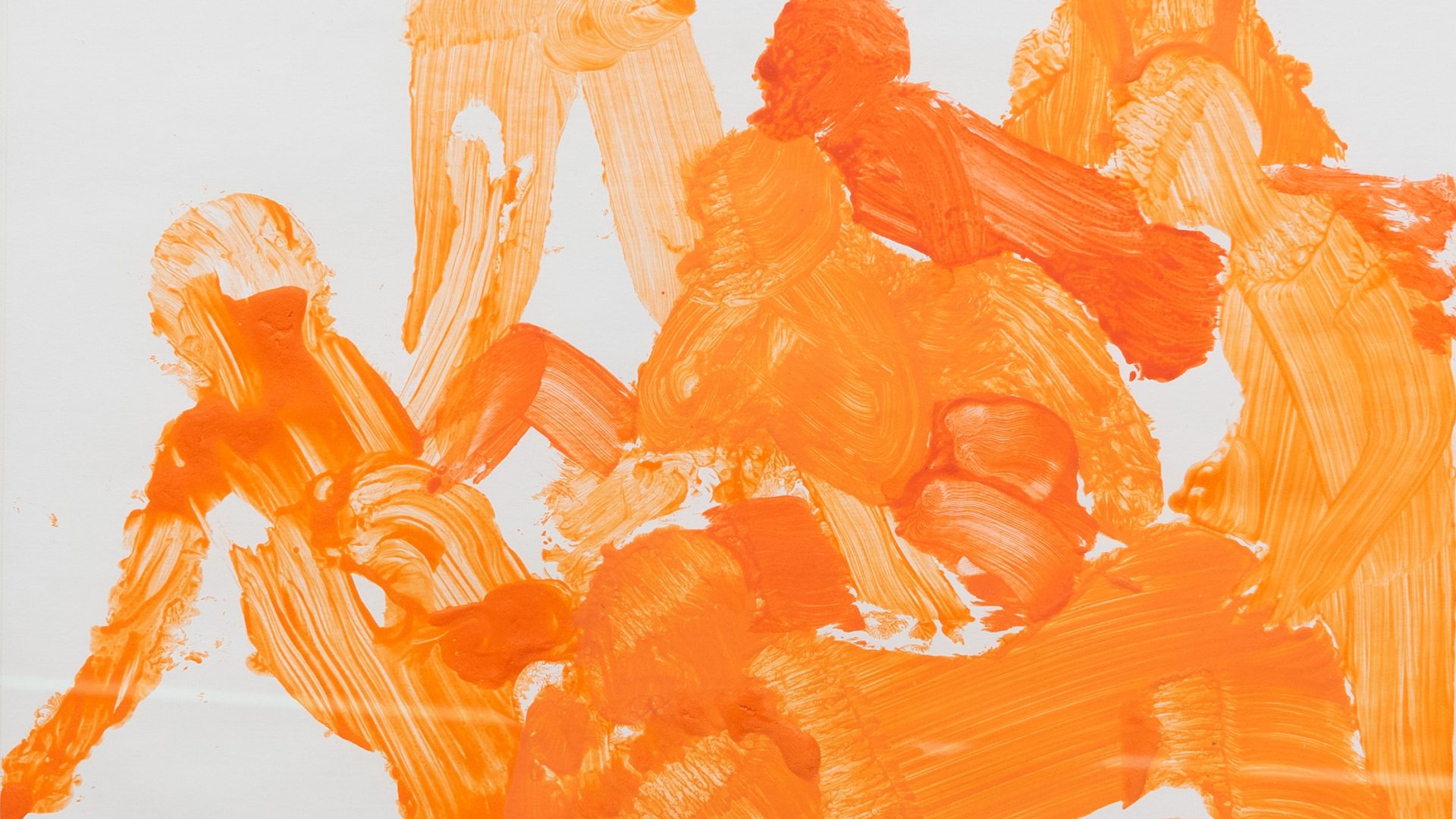 In Soft People (Erotic), Philipp Kremer (1981, DE) lays arresting swathes of colour that capture us in a space brimming with suggestive topologies. Bodies embrace – some at the point of climax – in moments of emotional and physical transmission, the contents of which are ripe for audience interpretation. Nude, these characters find themselves vulnerable and exposed – thus providing a fertile landscape to unpack and apply our own preconceptions surrounding the private, the taboo and further, the chance to preoccupy ourselves with examining the relations between these figures. Whilst Kremer conscientiously invokes group sex as means of exploring power relations, a sincerely playful resonance emerges as he challenges himself to overcome ones own authorial limitations during the construction of a painting. 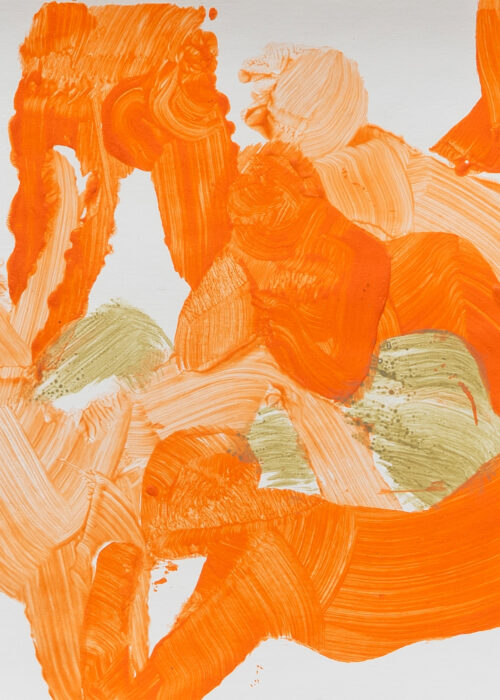